The resignation of prominent investigative journalist Glenn Greenwald from The Intercept has once again catapulted the alleged overseas business dealings of United States presidential candidate Joe Biden’s son Hunter into the spotlight. Greenwald accused his editors at The Intercept, a […] 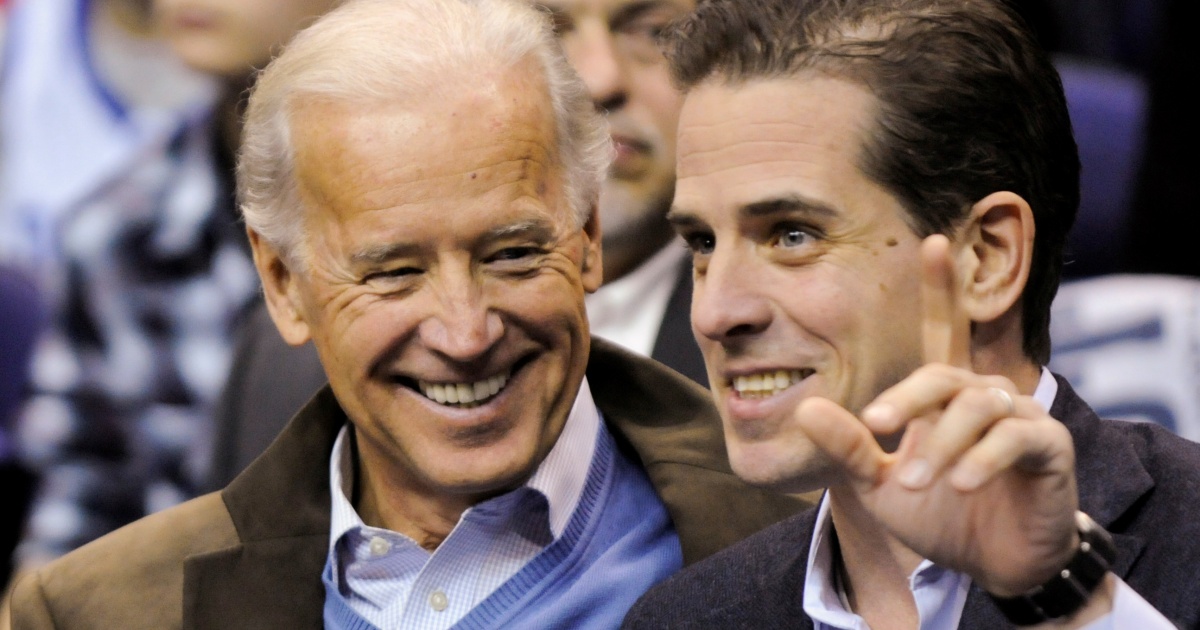 The resignation of prominent investigative journalist Glenn Greenwald from The Intercept has once again catapulted the alleged overseas business dealings of United States presidential candidate Joe Biden’s son Hunter into the spotlight.

Greenwald accused his editors at The Intercept, a news outlet he cofounded, of censoring an article he wrote, “based on recently revealed emails and witness testimony” that “raised critical questions” about Democrat Joe Biden’s conduct.

The high-profile departure of a journalist who built his career combatting media oppression is the latest flashpoint in a controversy that has engulfed Twitter and Facebook, and stoked criticisms of anti-conservative bias by “mainstream media” and the guardians of social media platforms.

Here’s what you need to know about Hunter Biden’s emails, the connections with Ukraine and China, and the mudslinging so far.

First of all, what is Hunter Biden accused of?

The US former vice president’s son is accused of working to set up business deals in Ukraine and China that traded on his famous family’s name and peddling influence with his father.

What kind of alleged deals?

One involves the Ukrainian energy firm Burisma, where Hunter Biden served on the board while his dad was serving as vice president in the administration of former US President Barack Obama. Other allegations involve negotiations between Hunter, his uncle, James Biden, and a Chinese energy and finance company called CEFC China Energy.

How did all of this come to light?

The New York Post published what it claimed were emails between Hunter Biden and Vadym Pozharskyi, an advisor to Burisma, from April 2015 in which they discuss setting up a meeting between Pozharskyi and then-Vice President Joe Biden.

READ MORE:  As Covid-19 cases continue to sharply rise in Russia, Kremlin admits country has a shortage of doctors & calls for pay rises

It’s not clear from the wording of the email whether the meeting ever took place, and the vice president’s official schedule doesn’t show any record of a meeting with Pozharskyi, according to Biden’s campaign.

The Post says it received a hard drive with the emails on it from US President Donald Trump’s lawyer, Rudy Giuliani, who has himself faced allegations of corrupt dealings with Ukraine.

The emails were allegedly found on a laptop left at a computer repair store in Delaware in April 2019, but the shop’s owner hasn’t been able to definitively say the computer belonged to Hunter Biden.

So are the emails true?

One of Hunter Biden’s former business partners, Anthony Bobulinski, confirmed in a statement to several news outlets including conservative-leaning Fox News that one of the emails published by the Post that lists him as a recipient is “genuine”.

Which email was that?

The email discussed the allocation of equity in the CEFC investment venture. Dated May 13, 2017 – when Biden was not in office nor running for president – the email mentioned a 10 percent stake “held by H for the big guy.”

Bobulinski said during a press conference organised by the Trump campaign that “the big guy” was a reference to Joe Biden.

Has anyone else verified the emails as definitively true or false?

No, but dozens of retired US intelligence officials signed a letter stating that while they do not know if the emails purportedly belonging to Hunter Biden are genuine or not, they have “all the classic earmarks of a Russian information operation”.

What do the Bidens say about the allegations?

Joe Biden maintains he has “never spoken to my son about his overseas business dealings” and that the meeting with Pozharskyi never took place.

Hunter Biden has maintained he did nothing wrong when it came to Burisma, but admitted in a 2019 interview it was “poor judgment on my part” to sit on the company’s board while his father was in the White House.

Neither Hunter nor the Biden campaign has spoken about whether the laptop with the emails belonged to Hunter, but a lawyer for the vice president’s son, George Mesires, said in a statement that “we have no idea where this came from, and certainly cannot credit anything that Rudy Giuliani provided to the NY Post,” the Associated Press reported.

At the final presidential debate with Donald Trump on October 22, Biden said: “I have not taken a penny from any foreign source ever in my life.”

Did Burisma and CEFC China Energy get anything in return?

Trump alleges that Joe Biden’s pressure on Ukraine to fire a prosecutor while Biden was vice president was a move to help Burisma. But a report by Senate Republicans found that while Hunter’s position on Burisma’s board may have posed a conflict of interest, there was no evidence it influenced US policy towards the country and that the firing of the prosecutor was in line with the Obama administration’s anti-corruption foreign policy towards Ukraine, according to the Associated Press.

No deal was struck between Hunter and James Biden and CEFC China Energy, a Wall Street Journal investigation found, and text messages and emails “related to the venture that were provided to the Journal by Mr Bobulinski” did not show either Hunter Biden or James Biden discussing a role for Joe Biden in the venture.

So why does this story just keep going?

Trump has made slamming Hunter Biden and accusing his father of corruption a hallmark of his campaign, and relishes bringing the accusations up on the campaign trail. And criticisms from Republicans and right-leaning news outlets that more liberal-leaning news outlets have ignored the story and tech giants have suppressed it has only fuelled the fire.

After the Post published its story on the alleged emails, Twitter temporarily blocked users from sharing it, arguing it violated the platform’s policy on hacked information. Facebook also worked to limit the spread of the story. Republicans say it’s evidence of the platforms’ anti-conservative bias, which landed tech CEOs in a Senate committee’s hot seat this week.

Where did the Senate hearing lead?

Republican Senator Ted Cruz of Texas grilled Twitter CEO Jack Dorsey and Facebook CEO Mark Zuckerberg about the story during a hearing on the liability shield that tech companies currently have when it comes to content that users post on their platforms. Another hearing on alleged censorship of conservatives on social media is planned for after the election.

Yikes. What a tangled mess. Will it impact the US election results?

That remains to be seen. But Greenwald’s resignation has reignited the controversy around how news outlets have handled the story – and highlighted the partisan divide in the US over just about everything.