Notorious for its extraordinary traffic congestion, Paris outdid itself on Thursday evening, with a record-breaking 700km traffic jam as residents fled the capital ahead of the second coronavirus lockdown. Many Parisians apparently opted to spend the impending lockdown in the […] 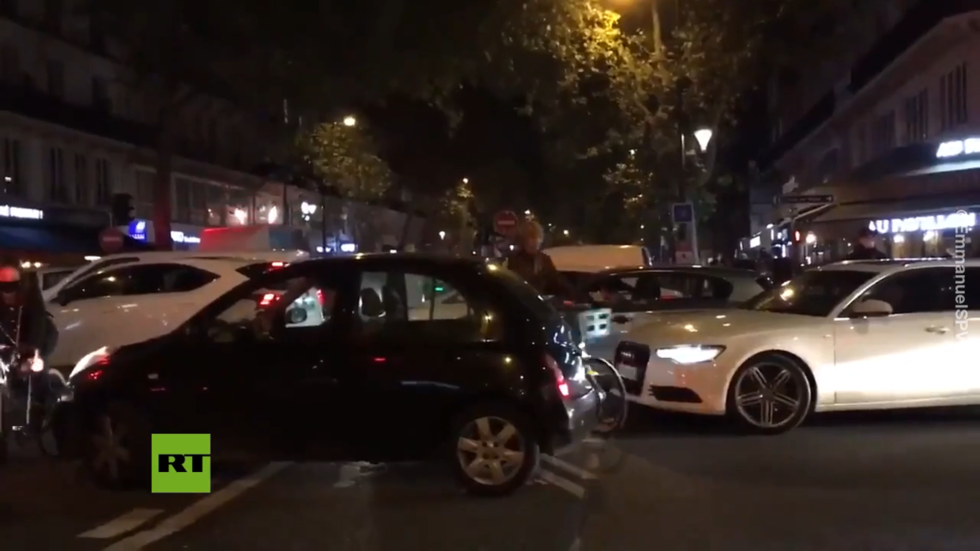 Notorious for its extraordinary traffic congestion, Paris outdid itself on Thursday evening, with a record-breaking 700km traffic jam as residents fled the capital ahead of the second coronavirus lockdown.

Many Parisians apparently opted to spend the impending lockdown in the countryside, in scenes reminiscent of the first lockdown earlier this year, before which residents fled the major population centers. Eyewitness footage from the French capital captured the chaos.

Incredible traffic jam in Paris as people try to leave the city before 9 pm curfew and before confinement begins at midnight. Traffic is barely moving in every direction as far as the eye can see. Lots of honking and frustrated drivers. pic.twitter.com/6Zn2HCxuPl

According to France’s traffic department, jams throughout the Ile-de-France region stretched out over 430 miles (700km) on Thursday evening ahead of the country’s second lockdown, which came into force at midnight on Friday amid a surge in coronavirus cases. There were 47,637 new cases and 250 new deaths reported on Thursday alone.

Similar tailbacks were reported around the cities of Lyon and Bordeaux in the hours prior to the lockdown taking effect.

Stay-at-home orders have been issued nationwide with few exemptions for work, food shopping, and medical reasons allowed. Outdoor exercise is permitted only within 1km of home while schools will remain open, though children over six years old will be required to wear masks.

President Emmanuel Macron warned that the country could be “overwhelmed by a second wave that no doubt will be harder than the first,” as coronavirus deaths reached their highest level since April.

Despite this, eyewitness footage from the streets of Paris purports to show those left behind in the capital seizing the last opportunity to socialize before the four-week lockdown began, with streetside bars and restaurants thronged with customers.

Paris and the northeast of France were the hardest-hit areas of the country during the first wave of the pandemic. By comparison, during the second wave, the virus is spreading widely across all regions. 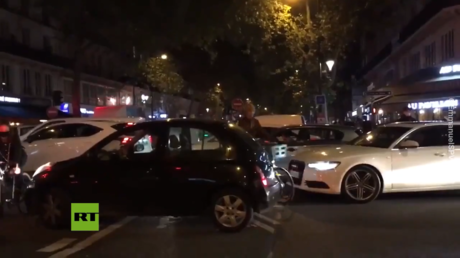