Video footage out of Texas shows a convoy of pickup trucks and other vehicles bearing Trump flags and surrounding a Biden-Harris campaign bus, which Democrats called a dangerous harassment effort. At one point, a black pickup is shown pushing a […] 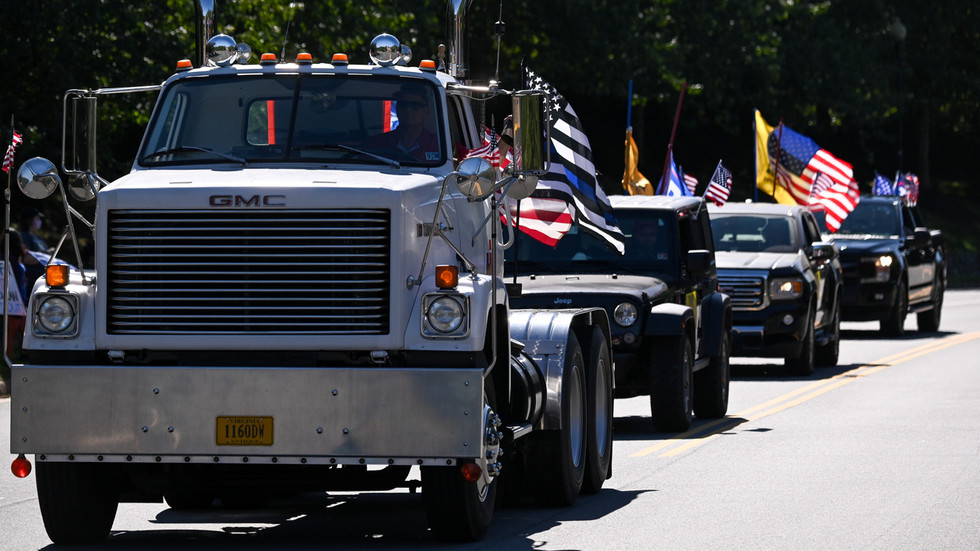 Video footage out of Texas shows a convoy of pickup trucks and other vehicles bearing Trump flags and surrounding a Biden-Harris campaign bus, which Democrats called a dangerous harassment effort.

At one point, a black pickup is shown pushing a white sport-utility vehicle that was straddling two lanes out from behind the bus. Eric Cervini, an author who said he traveled to Texas to participate in a driving tour in support of Joe Biden’s presidential campaign, said trucks lined up along Interstate 35 between San Antonio and Austin Friday to “ambush” the Biden-Harris bus, which they surrounded and tried to force off the road.

The bus tour involved a group of Texas Democrats and was meant to “drum up enthusiasm” at polling sites. Cervini said the tour had to be canceled for safety reasons. He said he flagged down a police officer, who declined to help, saying the matter was not his “jurisdiction.”

I flew down to Texas to help with the Biden/Harris bus tour, intended to drum up enthusiasm at polling locations. Instead, I ended up spending the afternoon calling 911. 1/ pic.twitter.com/gKAjv7gv85

Video shot from another angle shows a different view of the convoy with more than a dozen trucks escorting the Democrat bus up the highway. A blogger who goes by the Twitter account name “L” called the long line of trucks “the most badass thing I’ve ever seen in my life.”

This is a 1st for me – but we just cancelled a joint event in Pflugerville w/ @JoeBiden campaign, @AustinYoungDems, & more, due to security reasons. Unfortunately, Pro-Trump Protestors have escalated well beyond safe limits. Sorry to all who looked forward to this fun event. https://t.co/tSq4moqro0

Another video posted of the convoy indicated that there were about 100 vehicles in the pro-Trump group. A video by Austin television reporter Jordan Bontke purports to show Trump supporters getting in their trucks to follow the Biden-Harris bus.

A joint event that the Biden campaign and a group called Austin Young Dems planned to hold Friday in Pflugerville, north of Austin, had to be canceled for security reasons, Democrat state Representative Sheryl Cole said. “Unfortunately, pro-Trump protestors have escalated well beyond safe limits,” she added.

Unruly Trump supporters have been a thorn in the side of the Biden campaign this week. As Biden tried to deliver a speech Friday at a drive-in rally in Minnesota, Trump backers honked their horns, prompting the Democrat candidate to call them “ugly folks.” 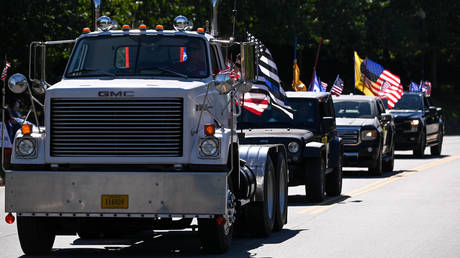