Walmart has temporarily pulled all guns and ammunition from displays in its stores, citing what it called “isolated civil unrest” in American cities amid a wave of protests that have frequently descended into riots and looting. The US’ largest retailer […] 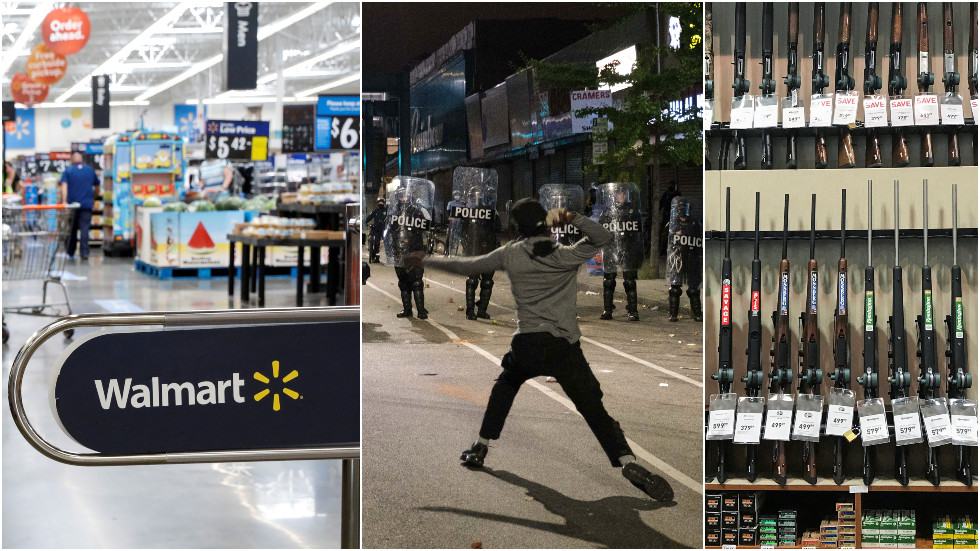 Walmart has temporarily pulled all guns and ammunition from displays in its stores, citing what it called “isolated civil unrest” in American cities amid a wave of protests that have frequently descended into riots and looting.

The US’ largest retailer announced the move on Thursday, noting that while firearms will “remain available for purchase by customers,” they will no longer be sold from the floor in the near term, declining to say for how long.

“We have seen some isolated civil unrest and as we have done on several occasions over the last few years, we have moved our firearms and ammunition off the sales floor as a precaution for the safety of our associates and customers,” a Walmart spokesman said in a statement to the media.

In a letter to store managers obtained by the Wall Street Journal, the company also referred to “unrest in isolated areas of the country,” explaining that staff should remove guns from displays “out of an abundance of caution.”

Also on rt.com Looters ransack stores in Philadelphia as protesters face off with riot cops over police shooting (VIDEOS)

The decision comes as a number of American cities are gripped by chaotic demonstrations against police brutality, which have erupted with increasing regularity since the death of George Floyd at the hands of officers in May. Unrest flared up again after Philadelphia police shot and killed 27-year-old Walter Wallace Jr. as he wielded a knife during a confrontation with officers on Monday. The incident, which was captured in a disturbing viral video, sparked several nights of chaos across Philadelphia, seeing protests give way to clashes with police, rioting and widespread looting, which targeted at least one Walmart location.

Since unrest kicked off in the city on Monday night, at least 11 people have been shot in the area around the Walmart store, though it is unclear whether the violence and looting were connected, or to what extent. However, footage has circulated on social media showing unfired bullets strewn across the supermarket’s floor, suggesting ammunition may have been plundered, while local media reported looters firing on each other in the Port Richmond neighborhood, where the Walmart is located.

The status of all 11 shooting victims remains unclear, but they reportedly included two teenagers – a 15-year-old girl and an 18-year-old man – as well as a 33-year-old male who succumbed to his injuries.

The retail giant made no mention of the looting of its store in Philadelphia, or the string of shootings in the area, in announcing its move to pull the guns and ammunition, which are sold at around half of its 4,700 locations in the US. Walmart similarly opted to remove firearms from some store displays over the summer during a series of protests over the Floyd killing, also describing that move as a precautionary measure due to looting and riots. 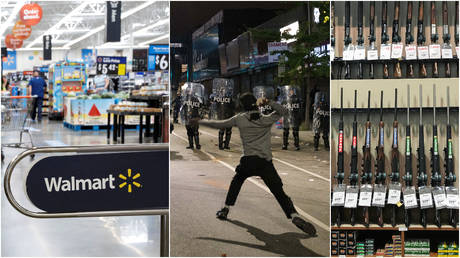