Private payrolls in the United States increased less than expected in October, providing an early sign of a slowdown in economic activity as fiscal stimulus diminishes and new COVID-19 infections surge across the country. Political uncertainty following Tuesday’s cliffhanger presidential […] 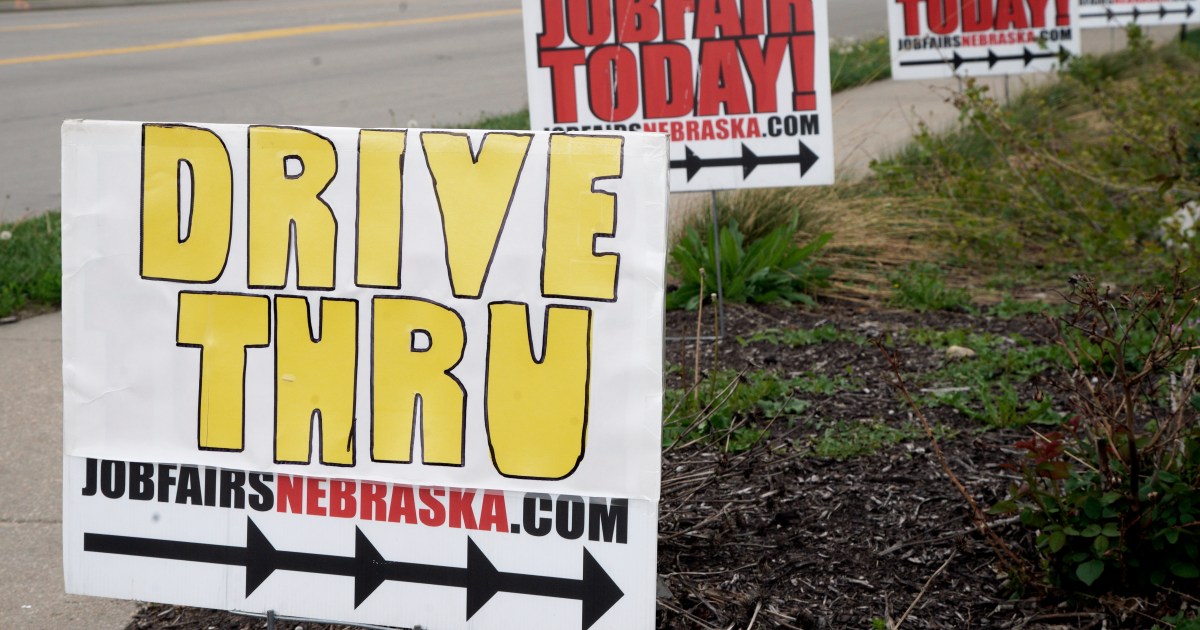 Private payrolls in the United States increased less than expected in October, providing an early sign of a slowdown in economic activity as fiscal stimulus diminishes and new COVID-19 infections surge across the country.

Political uncertainty following Tuesday’s cliffhanger presidential election could hurt business spending over the next few months and undercut the recovery from the coronavirus pandemic recession. The election hung in the balance on Wednesday, with a handful of states set to decide the outcome in the coming hours or days.

“There are reasons to be nervous that job growth will stall out,” said Mark Zandi, chief economist at Moody’s Analytics in West Chester, Pennsylvania. “The pandemic is intensifying. The election is very close. The economy is now on its own without fiscal support, that is going to become a problem.”

Private payrolls increased by 365,000 jobs last month, the ADP National Employment Report showed on Wednesday. Data for September was revised up to show 753,000 jobs added instead of the initially reported 749,000. Economists polled by Reuters news agency had forecast private payrolls would rise by 650,000 in October.

Job gains last month were broad, though they were concentrated in industries directly affected by the coronavirus crisis, including the leisure and hospitality sector. The resurgence in COVID-19 cases across the country could lead to renewed business restrictions to slow the spread of the respiratory illness as winter approaches.

The services industry has been the hardest hit by the pandemic, with lacklustre demand hampering job growth.

The ADP report is jointly developed with Moody’s Analytics. Though it has fallen short of the government’s private payrolls count since May because of methodology differences, it is still watched for clues on the labour market’s health.

US stocks were trading higher. The dollar fell against a basket of currencies. US Treasury prices rose.

The ADP report was released before the government’s closely-watched – and comprehensive – monthly employment report on Friday. According to a Reuters survey of economists, private nonfarm payrolls likely increased by 700,000 jobs in October after rising 877,000 in September.

With government payrolls expected to have dropped again last month as more temporary workers hired for the Census departed and state and local government struggle with tight budgets, overall nonfarm payrolls are forecast increasing by 600,000 jobs after rising 661,000 in September.

That would leave employment 10.1 million jobs below its peak in February. Job growth has cooled from a record 4.781 million in June. The labour market recovery was boosted by more than $3 trillion in government pandemic relief for businesses and workers, which is now gone.

Though new weekly applications for unemployment benefits have been gradually declining they remain at recessionary levels. Data from Homebase, a payroll scheduling and tracking company, showed the number of employees working in October little changed relative to September levels.

The moderation in the labour market recovery is consistent with analysts’ expectations for a sharp slowdown in economic growth in the fourth quarter. The economy grew at an historic 33.1 percent annualised rate in the third quarter. That followed a record 31.4 percent pace of contraction in the April-June quarter.

A separate report from the Commerce Department on Wednesday showed the trade deficit fell 4.7 percent to $63.9bn in September as food exports jumped to the highest level since July 2012, boosted by shipments of soybeans. Economists had forecast the trade shortfall narrowing to $63.8bn in September.

Exports increased by 2.6 percent to $176.4bn in September. Goods exports rose 3.1 percent to $122.8bn. There were also increases in exports of telecommunications equipment, industrial engines and computer accessories.

Exports to China were the highest since March 2018. New COVID-19 lockdowns in Europe could limit further export gains.

Imports rose 0.5 percent to $240.2bn. Goods imports climbed 0.3 percent to $203.5bn, the highest level since December 2019. Food imports were the highest on record in September. There were also increases in imports of capital goods, automotive vehicles, parts and engines.

Imports from China were the highest since July 2019. The US imported 157.9 million barrels of crude oil in September, the lowest number since February 1992.