Ukrainian President Volodymyr Zelensky has submitted a bill to break up the country’s Constitutional Court, after its judges controversially canceled an anti-corruption law punishing public servants for lying about their income. On October 27, Ukraine’s Constitutional Court struck down a […] 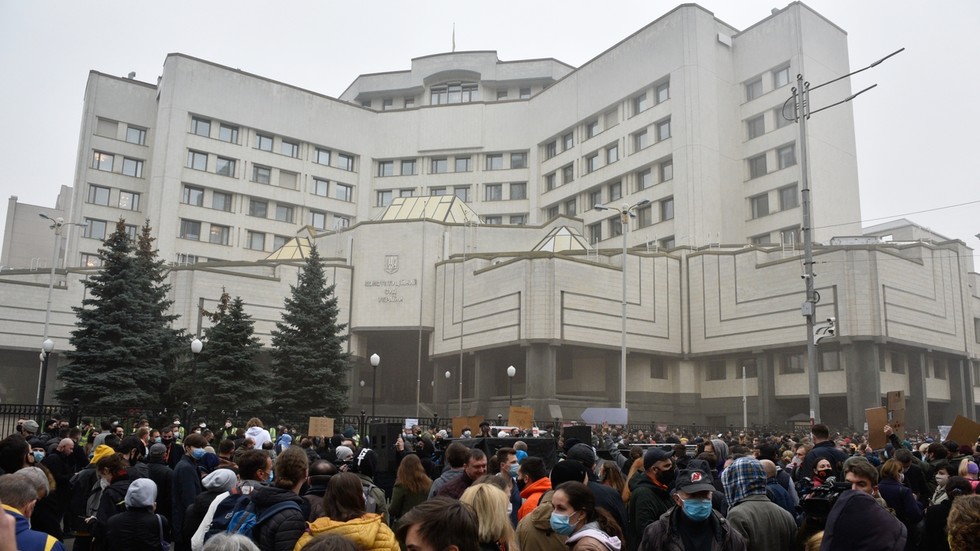 Ukrainian President Volodymyr Zelensky has submitted a bill to break up the country’s Constitutional Court, after its judges controversially canceled an anti-corruption law punishing public servants for lying about their income.

On October 27, Ukraine’s Constitutional Court struck down a law that would punish government officials for inaccurately declaring personal assets, part of the country’s post-Maidan bid to supposedly stamp out corruption. The ruling stated that the National Agency on Corruption Prevention (NACP) had no right to punish public servants for lying on their asset forms, also reversing a law that publicly published their declarations online.

According to the the NACP, the judges acted in their own personal interest. In particular, judges Irina Zavgorodnyaya and Sergey Golovaty have been accused of lying in their own paperwork, meaning they would have fallen afoul of the law their court has rejected.

Speaking to the National Security and Defense Council of Ukraine on Thursday, the president stated that the ruling “undermines the social contract in Ukraine” and “creates a real threat to national security.”

Later that evening, Zelensky submitted a bill to dissolve the court and reverse its decision. The draft law, submitted to the Rada and numbered 4288, would declare the ruling “null and void” and would “cease the authority of the current composition of the Constitutional Court” as it had “acted in its private interests.”

The court’s decision threatens billions of dollars in financial aid due to be received from the IMF, which has been promised to the country on the understanding that Ukraine would ramp up its anti-corruption efforts and implement reforms. European Union MEPs have also threatened Kiev with cuts to aid and with possibly ending a visa-free regime that allows Ukrainians to move freely through the Schengen Area.

The ruling has also created unrest in sections of Ukrainian society and, on Friday afternoon, demonstrators gathered outside the country’s highest court to protest the decision.

In response to Zelensky’s attempt to dissolve Ukraine’s Constitutional Court, the body’s chairman Alexander Tupitsky accused the president of producing a bill that bears “signs of a constitutional coup.” 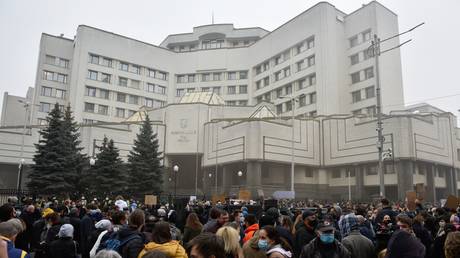