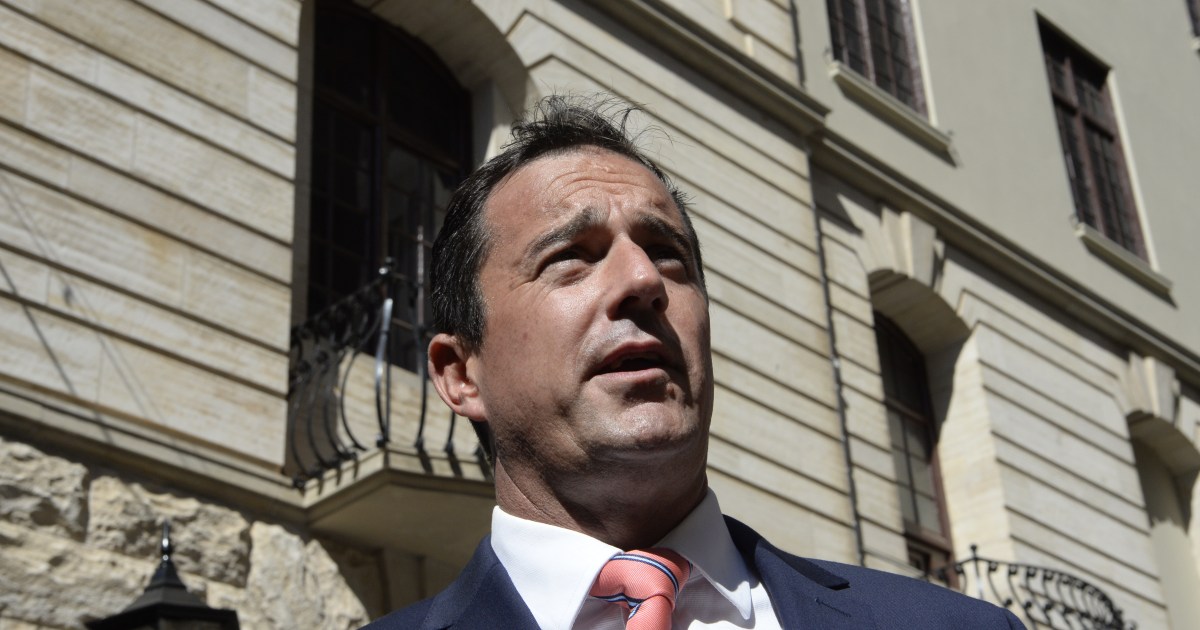 The 44-year-old, who has acted as interim party leader since its first Black leader Mmusi Maimane stepped down more than a year ago, secured a whopping 80 percent of Sunday’s virtual vote over his competitor, Mbali Ntuli.

Steenhuisen’s triumph will see him lead the DA in the 2024 presidential elections against the African National Congress (ANC), which has governed the country since the end of apartheid in 1994.

In his acceptance speech, Steenhuisen said “people power” would be the order of the day under his leadership, promising to “fight to give power and opportunities to every law-abiding, honest and hard-working citizen, regardless of their background”.

“We choose our leaders on the basis of their ideas, the content of their character and their potential to lead our party into new territory,” added Steenhuisen, who has also served as party chief whip in parliament.

On account of the coronavirus pandemic, the centre-right party’s more than 2,000 delegates voted digitally for their preferred candidate.

“Thank you to each and every DA delegate … for the trust you have placed in me,” Steenhuisen said.

Formed in 2000 as a merger of three mostly white parties, the DA has positioned itself as a non-racial, liberal party but has struggled to stave off its white, middle-class identity.

This was further compounded by a mass exodus of Black leaders, including the former mayor of Johannesburg, Herman Mashaba, who claimed the party was racist.

In recent times, it has been plagued by internal factions, stoked by its slump in the 2019 elections when it garnered 20.7 percent of the votes, compared with 22.2 percent in the previous polls.

It faces an uphill battle to win favour with voters in the country grappling with the legacy of apartheid, where white households on average earn five times more than their Black counterparts.