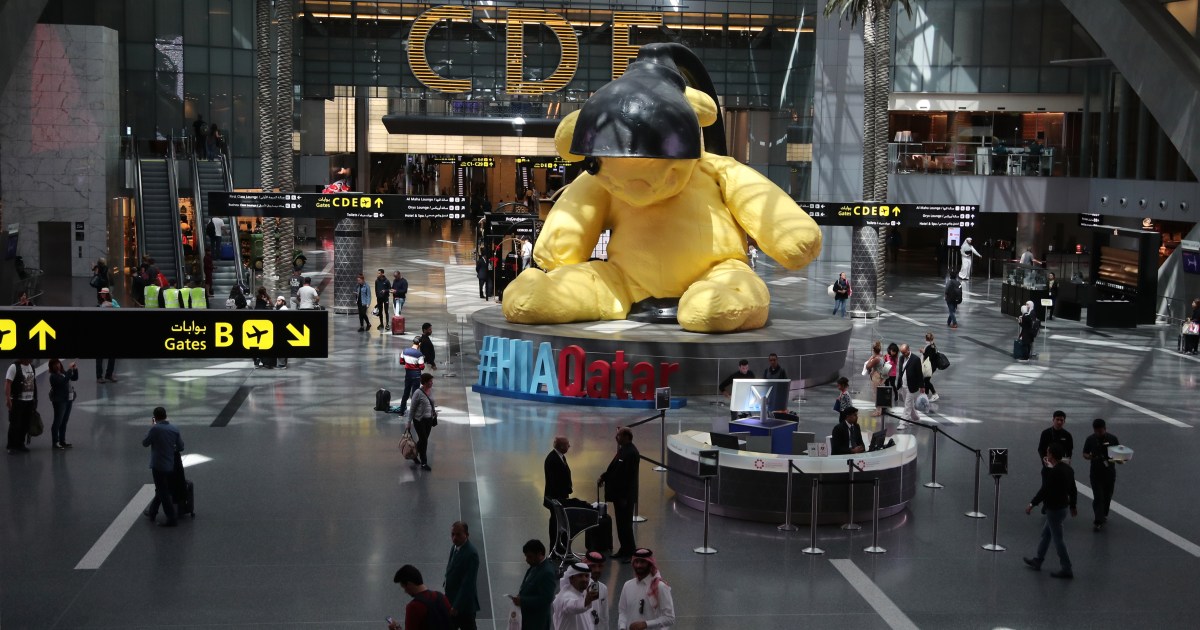 Foreign ministers of Qatar and Australia speak for the first time after October 2 incident at Doha airport.

Foreign ministers of Qatar and Australia have spoken for the first time since the controversy over the forced physical examination of female passengers at Doha airport.

Qatar’s Deputy Prime Minister and Minister of Foreign Affairs Mohammed bin Abdulrahman Al Thani spoke to his Australian counterpart Marisa Payne on Friday, weeks after the October 2 incident that saw airport staff take women off several planes to examine them to check whether they were the mother of a baby abandoned at Hamad International Airport (HIA).

The newborn, a girl, was found in a plastic bag in a bin at a toilet in one of the airport’s terminals.

During the telephone call on Friday, the Qatari minister renewed apology to Payne, and emphasised on “Qatar’s commitment to the safety and security of all passengers” travelling through HIA, according to a joint statement released on Saturday.

“The two Foreign Ministers agreed to continue to monitor the case closely and exchange updates, assuring that this is a top priority for both governments,” the statement added.

We regret the unacceptable treatment of the female passengers at HIA. I assure you that we will hold those responsible for these acts to account. What took place does not represent Qatar’s laws or values. We will undertake all measures to prevent a recurrence.

“The preliminary investigation into the attempted murder of a newborn baby found in a very serious condition at Hamad International Airport (HIA), and the subsequent procedures taken by the authorities at the airport, including examining a number of female passengers, revealed that standard procedures were violated,” the GCO statement said.

“Those responsible for these violations and illegal actions have been referred to the Public Prosecution Office,” it added.

HIA launched an appeal on October 25 for the child’s mother to come forward, saying the baby remains unidentified but is “safe under the professional care of medical and social workers”.

Earlier this week, a spokesperson for Australia’s Department of Foreign Affairs and Trade told Al Jazeera that “18 female passengers … were involved in the incident” on the October 2 flight to Sydney, adding that 13 of them were Australian and five were of other nationalities.

Payne, at a hearing in Australia’s Senate on Wednesday, described the acts of the airport’s staff as “grossly disturbing” and “offensive”.

The women said they were taken from the respective planes and subjected to strip search in an ambulance parked on the tarmac.

The Transport Workers’ Union of New South Wales, whose members service Qatar Airways planes at Sydney Airport, said on Tuesday it was considering industrial action against the carrier for “the brutal attack on the human rights of Australian female airline passengers”.