A UK police constable has been deluged with mockery and Hitler memes after arguing it’s every resident’s duty to turn in neighbors and local businesses for breaking lockdown rules and complaining British culture reviles snitches. UK residents who report their […] 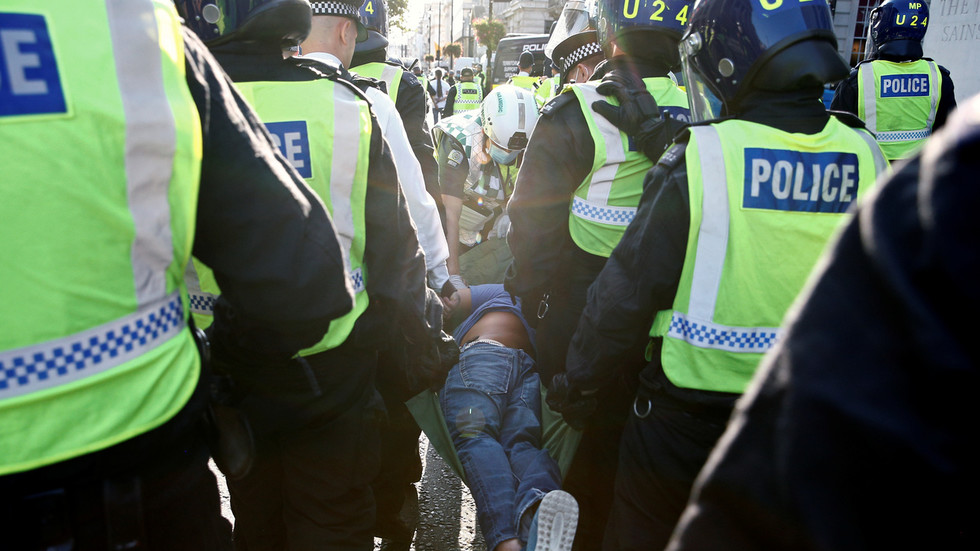 A UK police constable has been deluged with mockery and Hitler memes after arguing it’s every resident’s duty to turn in neighbors and local businesses for breaking lockdown rules and complaining British culture reviles snitches.

UK residents who report their neighbors and local businesses to the police for violating the country’s increasingly stringent Covid-19 control measures are just doing their “civic duty” and should be praised, not ostracized, Merseyside chief constable Andy Cooke told the Daily Mail on Wednesday.

Also on rt.com These new totalitarians now want to police what we say around the dinner table. This is Soviet-style denunciation, 2020-style

“People are doing a civic duty in contacting us for the right reasons,” he stated, insisting “the vast majority of people across the country are really concerned about this” and “any information that you can give us in relation to breaches will save lives, and that’s why people are [reporting to the police].”

Lamenting that the practice of turning one’s neighbor in to the authorities for minor infractions wasn’t more widely accepted among respectable Brits, Cooke blamed a “sneering culture” for placing rats at the bottom of the social hierarchy.

His remarks weren’t received well on social media, where users were quick to pull out the Nazi pics and Orwell quotes.

“Never forget that everything Hitler did in Germany was legal.” – Martin Luther King, Jr. pic.twitter.com/5yFb30hmqP

“This is what Hitler and Stalin demanded of their people,” one user pointed out.

Others suggested the cops focus on fighting real crime. Merseyside saw a 6.3 percent increase in violent crime over the past year, according to statistics released in July.

Not going to grass on my naighbour for having me round for a few festive drinks am I. Be realistic.If the police do find time to attend my address could you also action some of the incident that have been reported about real crime or is real crime not priority at the moment

But yet when I ring police to report someone breaking in or stealing a car etc. They don’t have the resources??? So tell me again why should I grass on my neighbors….??

A few played along, tweeting that they could “hear voices of people having fun and not living in fear” and “even saw two people hugging, no face masks they were even smiling.”

Several suggested the strategy of enlisting civilians to police their neighbors would backfire, both by destroying trust in the police and by creating suspicion in communities.

This is going to backfire on the police. All the community relations work for years zapped in a breath. The trust has gone.

And people wonder why the police are despised, this is one perfect example. Let’s see how he feels when he’s got to sleep with one eye open for fear his family are narked on by one of his own copper mates.Filth

Cooke’s paean to the common snitch came on the heels of similar comments by West Midlands Police and Crime Commissioner David Jamieson, who said in a Tuesday interview that police would not hesitate to break up Christmas and other holiday celebrations if they “flagrantly” violated the government’s rules on gatherings.

National Police Chiefs Council chair Martin Hewitt also promised “quicker enforcement” of “blatant” rule violations earlier this week, urging members of the public to report “egregious breaches” – like pubs being open past the 10pm cutoff – that “put everybody at risk.” As of Wednesday, the NPCC had issued 20,223 fines for violations of the Covid-19 restrictions, including 980 spot tickets for breaking lockdown.

Unlike Jamieson, however, Hewitt declined to speculate on whether his officers would be breaking up Christmas parties, instead merely urging the public to take heed of the rules in whatever part of the country they opted to spend the holiday.

Despite a steep fall in the number of deaths with Covid-19 from the pandemic’s peak earlier this year, the UK has introduced a strict three-tier lockdown nationwide, barring people from congregating in groups larger than six and prohibiting home visits. 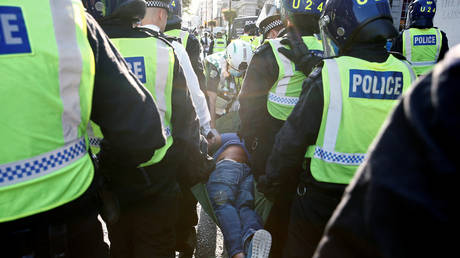