Philadelphia’s mayor has ordered a 9pm curfew for the second time in three nights to help quell riots, but he is delaying release of police bodycam footage of the shooting that led to the unrest until after the election. The […] 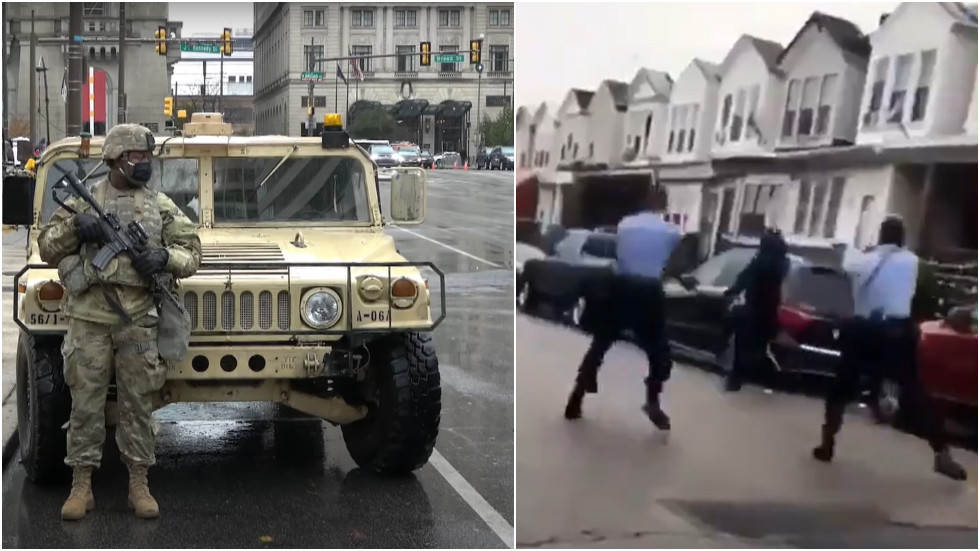 Philadelphia’s mayor has ordered a 9pm curfew for the second time in three nights to help quell riots, but he is delaying release of police bodycam footage of the shooting that led to the unrest until after the election.

The curfew will be in place until 6am Saturday, and only those who are going to work, seeking medical assistance or dropping off a mail-in ballot will be allowed to leave their homes, the city announced on Twitter. A similar curfew was imposed for Wednesday night, after Black Lives Matter protests escalated into riots that left 53 police officers wounded, dozens of businesses looted and ATMs around the city blown up on Monday and Tuesday.

A few updates on the recent unrest in our city and the safety preparations we are making: First, I have authorized a citywide curfew which will go into effect tonight at 9 p.m. through tomorrow at 6 a.m. https://t.co/vkiGux5tUL

The protests began after two police officers fatally shot a knife-wielding black man named Walter Wallace Jr. on Monday. Video recorded by a bystander shows the officers backpedaling as the 27-year-old Wallace moves toward them and ignores their commands to drop his knife.

Philadelphia Fraternal Order of Police President John McNesby asked Wednesday that city officials quickly release all available evidence on the shooting to “support your officers, back your officers, and let’s get a handle on this thing.” But Mayor Jim Kenney said Friday that he and the Wallace family agreed to release the bodycam footage and 911 audio of police being called to the scene on Nov. 4 “in the hope that it will provide enough time to ease tensions and release the recordings in a constructive manner.”

Kenney gave no explanation for why the day after Tuesday’s election, specifically, was chosen for the release. The Wallace family, Kenney, Philadelphia’s police commissioner and District Attorney Larry Krasner all agreed that releasing the evidence on Wednesday “is in the best interest of our city and its residents,” according to a joint statement.

Kenney has sought to appease protesters by blaming the unrest on “systemic racism” and promising actions to “bring true equity to our city.” Krasner was elected in 2017 with the help of $1.45 million in funding from billionaire George Soros and fired 31 prosecutors in his first week on the job as part of his plan to bring “transformational change” to Philadelphia’s criminal-justice system.

The second curfew was ordered just as hundreds of Pennsylvania National Guard troops were setting up their positions in the city after being deployed by Governor Tom Wolf earlier this week. Kenney said the troops will be staged at government buildings and other infrastructure and may be sent to other key areas, such as business areas, as needed. He said their presence is unrelated to Tuesday’s election, and the need for their continued deployment will be reviewed on a day-to-day basis.

READ MORE:  Rajant Ranked One of The Philadelphia Region’s “Top Workplaces Of 2021”

The delay in releasing bodycam footage and 911 audio marks just the latest blow for Philadelphia police, who have been pelted with bricks and rocks this week and have seen at least 17 emergency vehicles torched or otherwise damaged. One officer was purposely run over by a large pickup truck. And Thursday, the City Council voted to ban police from using tear gas, pepper spray and rubber bullets during protests, leaving officers few options for non-lethal crowd-control tools. 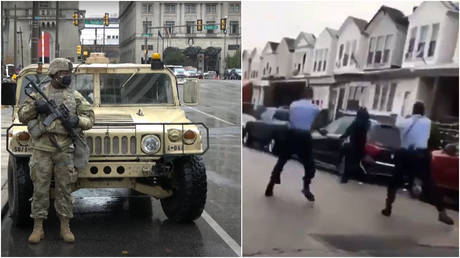