Amid unrest that has left dozens of officers wounded this week, Philadelphia police may lose much of their crowd-control weaponry, as the City Council voted to ban use of tear gas and rubber bullets against “peaceful protesters.” The council reportedly […] 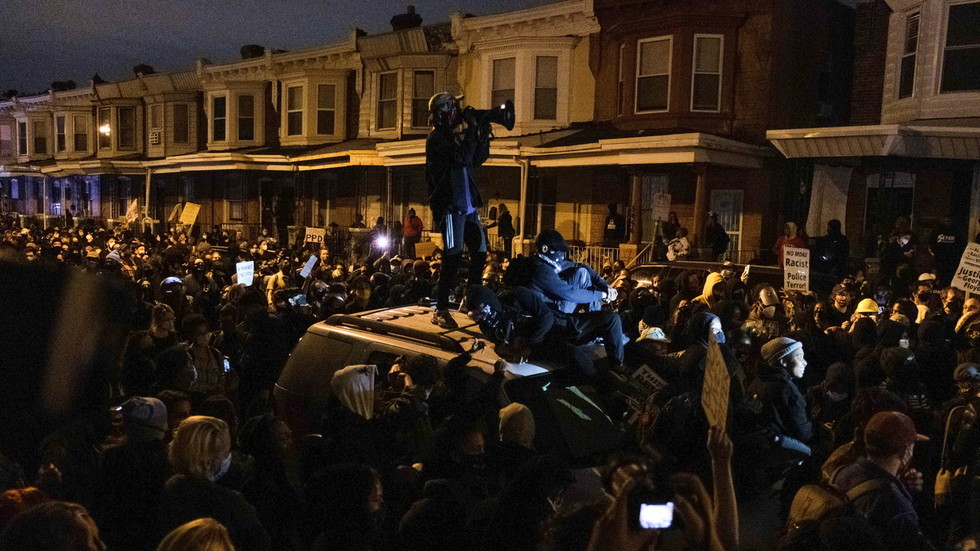 Amid unrest that has left dozens of officers wounded this week, Philadelphia police may lose much of their crowd-control weaponry, as the City Council voted to ban use of tear gas and rubber bullets against “peaceful protesters.”

The council reportedly voted 14-3 Thursday to prohibit use of the crowd-control tools during protests. The legislation will be enacted once it’s signed by Mayor Jim Kenney, who has tried to appease demonstrators this week by blaming the unrest on “systemic racism” and promising actions to “bring true equity to our city.”

We are working with @PhillyPolice and @PhilaDAO to release the body-worn camera footage and the 911 call. We’ve reviewed the footage with Mr. Wallace’s family, and we hope to release it publicly soon.

Black Lives Matter demonstrations reignited in Philadelphia on Monday, after police fatally shot a knife-wielding black man named Walter Wallace Jr. The protests quickly turned violent and spun so out of control that at least 57 police were injured in the first two nights, including one who was run over by a large pickup.

Rioters also torched and vandalized at least 18 police and fire department vehicles and blew up dozens of ATM machines around the city. Police described Philadelphia’s Port Richmond shopping district as a “total loss” after more than 1,000 looters ransacked stores in the area.

BREAKING: Police release numbers on arrests overnight. They also tell us 23 officers were hurt overnight and all are ok. A total of 53 police officers have been injured since Monday’s police-involved shooting of Walter Wallace. No word on injuries to civilians. @CBSPhillypic.twitter.com/s3Y2ar0z7J

Although the unrest was severe enough for Pennsylvania Governor Tom Wolf to activate the state’s National Guard troops and for Kenney to impose a 9pm curfew on Wednesday, city lawmakers saw fit to ban most of the non-lethal crowd-control tools used by police.

READ MORE: Russian film crew attacked in Philadelphia just ONE day after embassy warns about safety of journalists working in US

The decision came one day after Philadelphia Fraternal Order of Police President John McNesby called on city leaders to “support your officers, back your officers, and let’s get a handle on this thing.” He urged city officials to quickly release all available information about the Wallace shooting, which he believes is “cut and dry” in exonerating police. The 27-year-old Wallace was shot after he continued moving toward two backpedaling officers and refused their commands to drop his weapon.

We are making it easier for rioters to riot? WHAT THE CRAP IS GOING ON?!?

Certainly the word “peace” is subject to artistic interpretation. Like today’s beheading in the name of the religion of “peace.” https://t.co/FMCy4uhBM2

Many observers on Twitter were astonished by the City Council vote to ban tear gas and other crowd-control weapons. “We are making it easier for rioters to riot. What the crap is going on?” podcast host Graham Allen tweeted, while Human Events editor Will Chamberlain noted that the definition of “peaceful protesters” has been stretched recently.

READ MORE:  Russia cracks down on protests against Navalny’s arrest

Also on rt.com Walmart removes guns & ammo from floor displays due to ‘isolated civil unrest’ after looting spree in Philadelphia 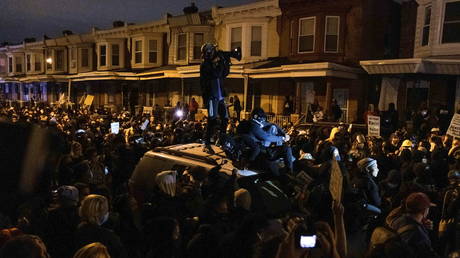