Protesters took the streets of the French capital to denounce the government’s second sweeping national shutdown amid a surge in new coronavirus infections, seeing clashes with police, who responded with tear gas. Scores of demonstrators embarked on a protest march […] 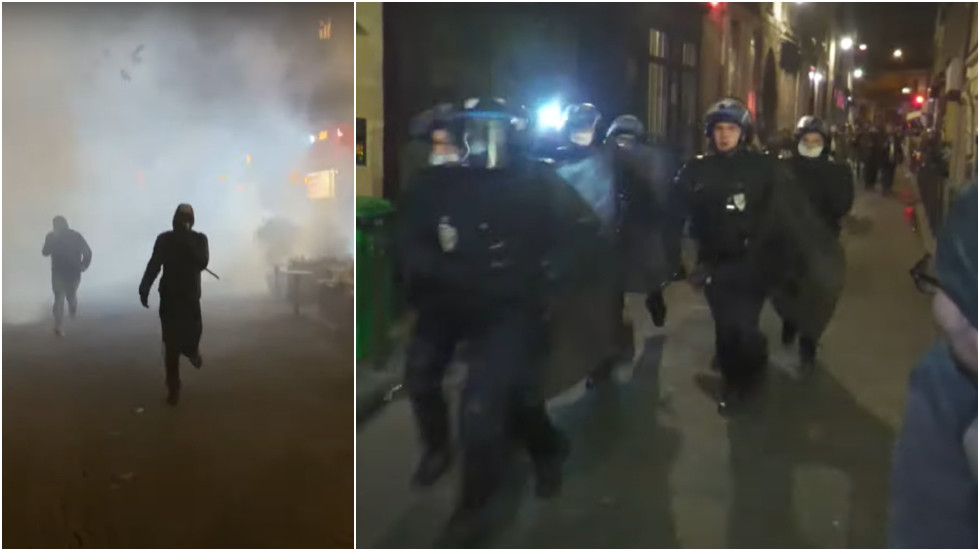 Protesters took the streets of the French capital to denounce the government’s second sweeping national shutdown amid a surge in new coronavirus infections, seeing clashes with police, who responded with tear gas.

Scores of demonstrators embarked on a protest march on Thursday night, starting at Paris’ iconic Place de la Republique and continuing into the city. RT’s video agency Ruptly, as well as RT France reporter Charles Baudry, were on the ground to document the rally.

As the march snaked its way through Paris, energized protesters were heard chanting slogans against the lockdown, some launching fireworks, burning flares and overturning trash cans as they went.

The rally eventually encountered a squad of riot police near the Centre Pompidou, some 1.5km (0.9 miles) from the protest’s starting point, which promptly unleashed tear gas on the crowd, scattering demonstrators.

Similar actions were held elsewhere in France, including in the cities of Castres and Toulouse, where demonstrators were heard chanting “revolution” and “everyone hates confinement,” referring to the recently stepped-up Covid-19 measures.

President Emmanuel Macron announced a new round of lockdowns this week, set to come into effect on Friday, arguing the restrictions are needed as France is being “overrun by a second wave” of the virus, which he predicted would be “harder” and “more deadly than the first.” To date, the country has recorded over 1.3 million infections and some 36,000 fatalities, according to data gathered by Johns Hopkins University.

Similar to the first national shutdown, residents will be confined to their homes with the exception of those traveling for medical treatment and an allotted hour of daily exercise outdoors. So-called “non-essential” businesses will also be shuttered for a period of two weeks under the new rules, which will extend at least until December 1. Schools, however, will largely remain open around the country.

Restaurants are crowded, too, as people are going out to eat for what may be their last dinner out for at least one month (and maybe more).

Italy and Germany have also revived lockdown policies amid a spike of new coronavirus infections, seeing similar heated protests erupt in Rome and other Italian cities over the last week as citizens chafe against the far-reaching restrictions. 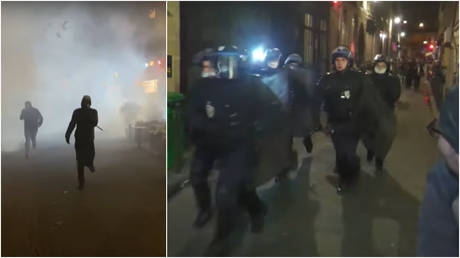