Embattled French president Emmanuel Macron has spoken to Qatari broadcaster Al-Jazeera to clarify his stance on cartoons of Islam’s Prophet Mohammed, saying that he doesn’t support the caricatures, but only protects freedoms. “I can understand that people could be shocked […] 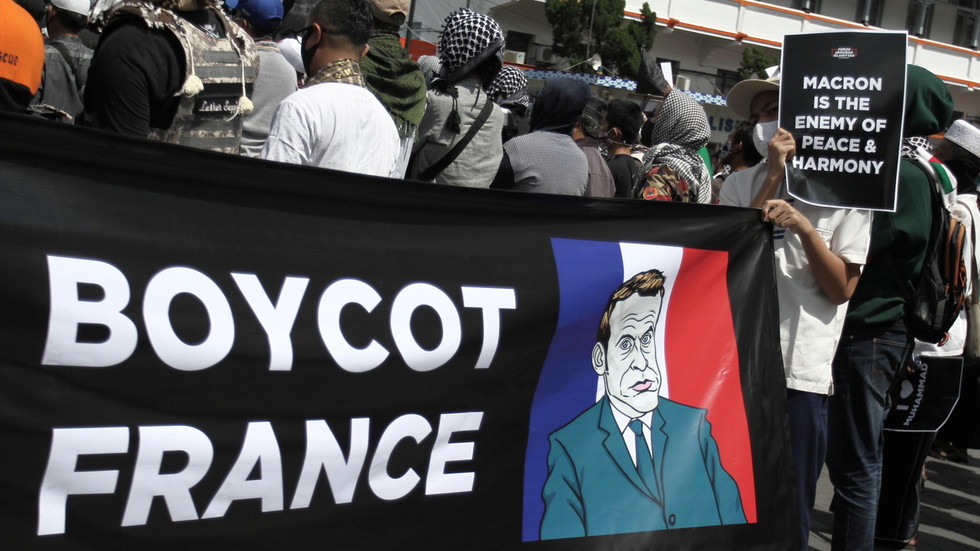 Embattled French president Emmanuel Macron has spoken to Qatari broadcaster Al-Jazeera to clarify his stance on cartoons of Islam’s Prophet Mohammed, saying that he doesn’t support the caricatures, but only protects freedoms.

“I can understand that people could be shocked by the caricatures, but I will never accept that violence can be justified,” Macron said in the interview.

The president reiterated that he considered it his “duty to protect our freedoms and our rights” in France.

However, Macron added that his words on the caricatures of the Prophet Mohammed, which angered the Muslims around the globe so much, were misinterpreted. The assumption that he is himself a supporter of the cartoons was wrong, he insisted.

The President also pointed out that the caricatures weren’t published by the French government, but by an independent media outlet without any links to the authorities.

This independent outlet is the controversial Charlie Hebdo magazine. It first published the cartoons in France five years ago; they had originally been drawn for a Danish outlet in 2005. Back then, the move provoked a gun attack on the magazine’s headquarters in Paris, which left 12 people dead.

Also on rt.com Muslims are strangely obsessed with cartoons, all while there are very real crimes over which they should be angry at France

In late August, Charlie Hebdo decided to republish the pictures, dedicating it to the beginning of the trial of the accomplices of the 2015 gunmen, and again brought them into the spotlight.

A few weeks ago, French teacher Samuel Paty, who showed his students the Prophet Mohammed cartoons during a freedom-of-speech class, was brutally beheaded by a radicalized Chechen refugee.

Macron reacted to the crime by saying that the publication of the caricatures was in line with the French values and vowed to clampdown on Islamist extremism in the country.

The statement caused outrage among the Muslims in France and abroad, with protests in several countries, as well as boycotts of French goods and accusations against the French leader of Islamophobia.

Also on rt.com Macron’s clampdown on radical Islam is backed by most French, but should’ve been done in more conciliatory way – Austria’s ex-FM

An interview with a Muslim outlet like Al-Jazeera was needed so that Macron could “explain his vision in a peaceful manner” and cool down tensions, sources close to the president told Le Parisien. 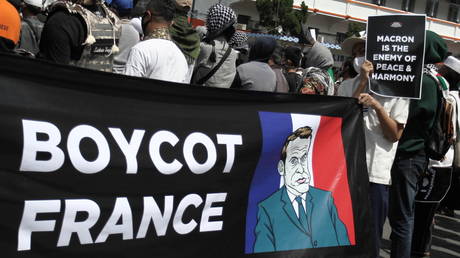