Huge crowds gathered in cities across the United States to celebrate Joe Biden’s projected 2020 election win, apparently shrugging off the health crisis used to justify the Democrats’ advocacy for mail-in voting. A street party erupted in front of the […] 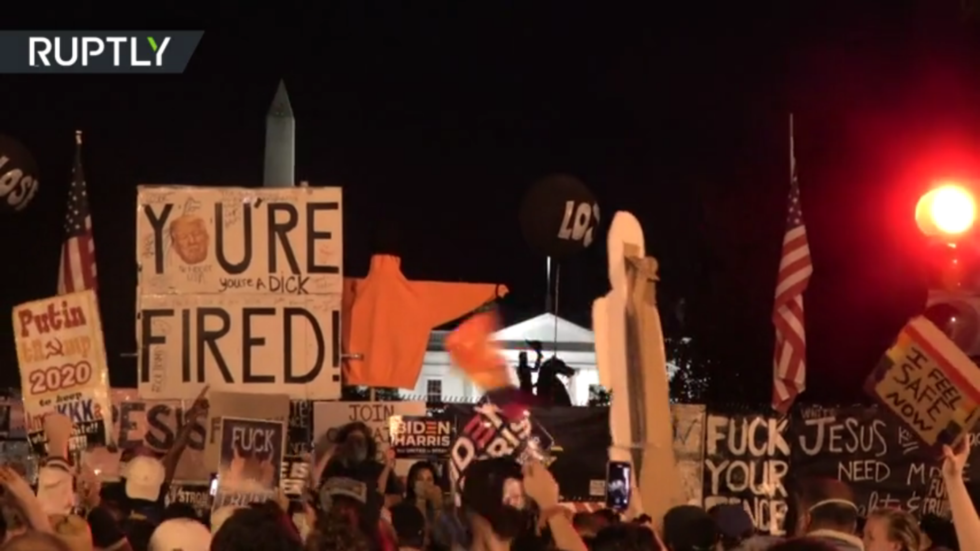 A street party erupted in front of the White House after Joe Biden declared himself the victor in the electoral contest with Donald Trump on Saturday, with similar mass acts of jubilation popping up in cities around the country.

Footage shows a sea of people, crammed like sardines, singing in front of the president’s Washington, DC residence. In New York City, merrymakers danced and chanted in Washington Square Park. On the other side of the country, there was “fireworks, champagne and dancing in the streets of LA,” the Los Angeles Times reported, as people toasted the projected president-elect.

The crowd outside the White House celebrating Joe Biden’s projected victory is blaring YMCA — the song President Trump closed out his latest rallies with. pic.twitter.com/UkrsBq8l5M

But the celebrations seemed to clash with the Democrats’ months-long narrative that controversial mail-in ballot initiatives were needed due to the ongoing coronavirus pandemic. Even CNN’s Jake Tapper felt obliged to point out that the street parties seemed ill-advised considering that “we just had the highest day of infections in the United States.” He took solace in the fact that some people were wearing masks, even though “for some of them they’re slipping off their face.”

On Friday, the US registered at least 125,596 new coronavirus cases, the largest single-day number of new infections in the country since the pandemic began.

READ MORE:  John Legend and Chrissy Teigen give their kids an early lesson in citizenship

MSNBC’s Chris Hayes suggested that celebrating Biden’s victory trumped social distancing guidelines. “Lots of people need this right now. Keep those masks on and do it outside!” he wrote.

The change in tune from liberal pundits and voters, who just days ago were arguing that it was not safe to vote in person, predictably triggered outrage on Twitter.

“No one should ever take any of the Covid commentary from these guys seriously. People had to cancel weddings, skip funerals, leave loved ones to die alone. All while being lectured by Hayes and crew about the need for such restrictions,” wrote one observer.

Others noted that the media had mysteriously refrained from denouncing the large celebrations as “super-spreader events” – the term used to condemn Trump’s large election rallies.

One liberal pundit was lambasted for approving of the party atmosphere outside the White House, only hours later to chastise a large crowd at a college football game, citing the “pandemic.”

Some pointed to the same double-standards being used to justify Black Lives Matter protests held around the country, which also appear to have been granted a Covid-19 exception. 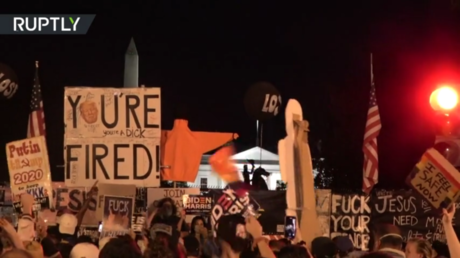