Podcast host Joe Rogan, facing allegations that his Alex Jones interview spread anti-vaxxer conspiracy theories, has denied the claims by pointing to tech billionaire Bill Gates confirming the same data for a Covid-19 vaccine. “I knew people were going to […] 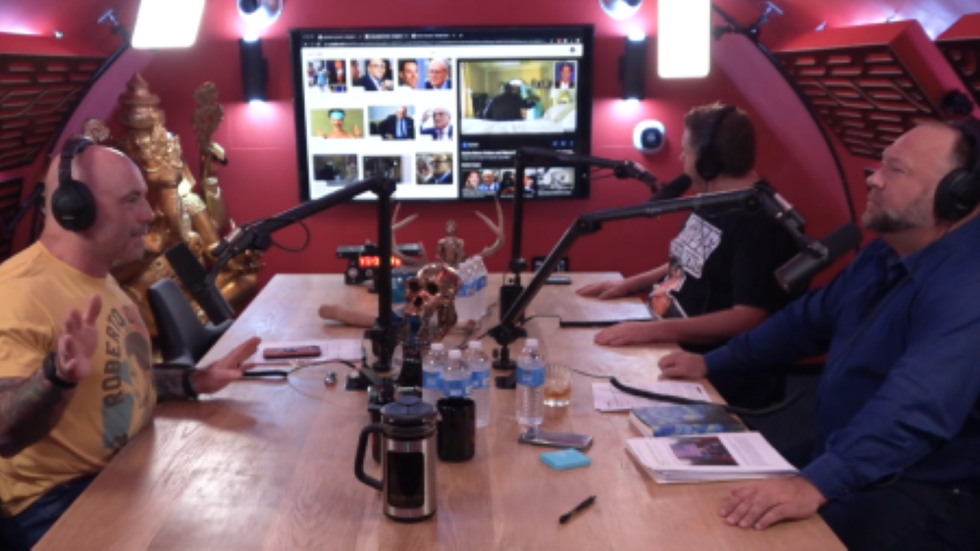 “I knew people were going to criticize the content of the podcast without even listening to it, and I was right,” Rogan said on Wednesday via Instagram. “That’s why I fact-checked every single crazy thing [Jones] said, and all of them were verified.”

Rogan noted that Jones’ comment about 80 percent of patients in a certain vaccine trial getting sick was one of the supposed conspiracy theories, and his post included a CBS News interview from July showing Gates admitting to side effects at that same rate in Moderna’s Covid-19 trial.

Gates has been interviewed by mainstream media outlets as a leading authority on the various Covid-19 vaccine trials because his foundation has committed $350 million in funding to help fight the pandemic through development of vaccines, diagnostics and therapeutics.

He tried to parry CBS host Norah O’Donnell’s initial question about side effects by pointing out that vaccines will be scrutinized by the FDA, which he called “the gold standard of regulators,” but when pressed again on patients getting severe chills and high fevers, he said, “Yeah, but some of that is not dramatic, where, you know, it’s just super painful.”

Rogan insisted that he’s not “anti-vaccine.”“If a safe and effective Covid vaccine is created, I’ll take it and encourage others to take it. But I wanted to put this video up to validate what (Jones) said.”

Jones and his media outlet Infowars were banned from various social media platforms in 2018 and 2019. Spotify, which began carrying Rogan’s show exclusively on September 1 under a $100 million licensing deal, removed its entire library of Infowars content in 2018. Jones had been a frequent guest on Rogan’s podcast before being deplatformed by Big Tech, but Spotify reportedly excluded those episodes along with interviews featuring other controversial figures, such as Proud Boys founder Gavin McInnes, when it acquired the rights to Rogan’s show.

READ MORE:  Four days from the US elections: What you need to know

Also on rt.com Snowflakes at Spotify want Joe Rogan canceled for ‘transphobia’. His real crime is success as a free thinker

Sweden-based Spotify was hit with criticism from customers and its employees after allowing the Rogan-Jones episode, which also included comedian Tim Dillon, to air on Tuesday. The company’s chief legal officer, Horacio Gutierrez, reportedly told managers in an email, “We are not going to ban specific individuals from being guests on other people’s shows, as the episode/show complies with our content policies.”

Among those who accused Rogan of spreading anti-vaccine conspiracy theories was self-described “free-speech activist” Nathan Bernard, who said that Rogan’s decision “to platform these far-right sickos is incredibly gross and dangerous.” Journalist Alex Malouf told Spotify, “You lost me as a customer because of your support for this conspiracy nonsense.” 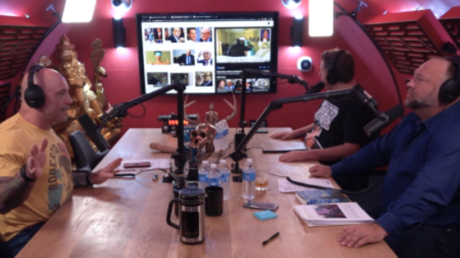