Authorities remove tents from the square that had become the focal point of the protest movement and open a key bridge in the Iraqi capital. Iraqi security forces have reopened a key bridge in Baghdad and cleared out tents from […] 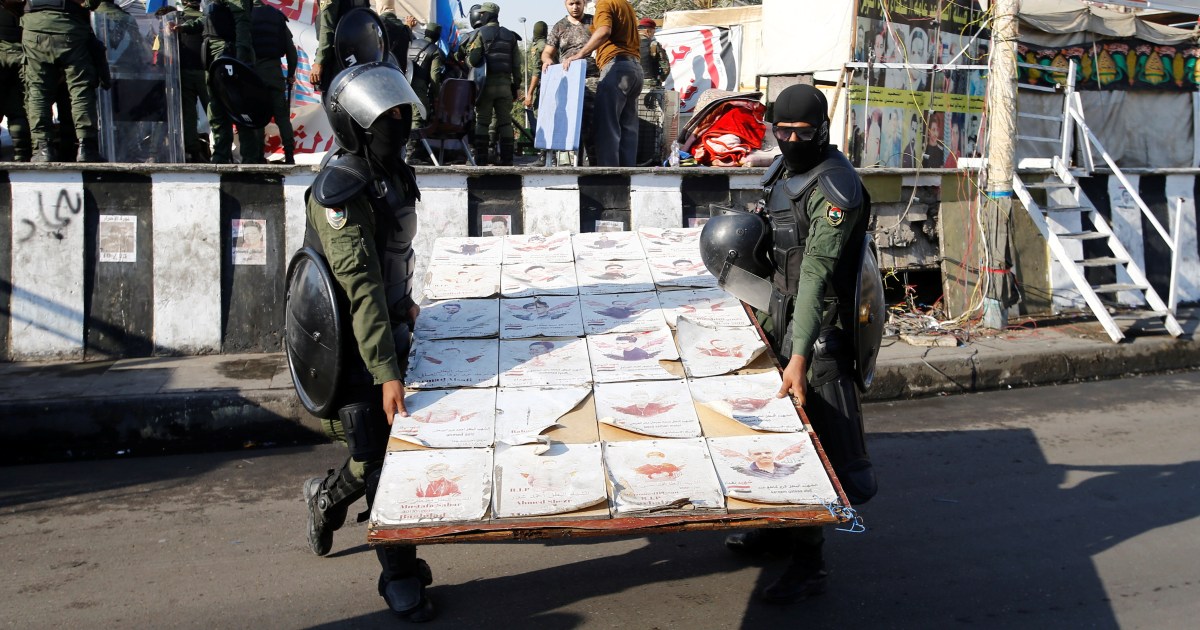 Authorities remove tents from the square that had become the focal point of the protest movement and open a key bridge in the Iraqi capital.

Iraqi security forces have reopened a key bridge in Baghdad and cleared out tents from a sit-in in the capital’s Tahrir Square, the epicentre of an anti-establishment protest movement that erupted a year ago to demand basic services, employment opportunities and an end to corruption.

Some 600 protesters were killed and thousands of others wounded in clashes with security forces over the past year as the demonstrations became a nationwide, decentralised movement that called for a complete overhaul of the political system, before coming to a halt amid the coronavirus pandemic.

On Saturday, security forces used bulldozers to help remove some of the protesters’ tents that remained in Tahrir Square.

“The opening of Al-Jumhuriyah bridge and the removal of the tents from Tahrir Square was done in coordination with the protesters and there was no tension whatsoever,” said Major General Qais al-Mohammadawi, the head of Baghdad Operations Command.

Jamhuriya Bridge was opened this morning for the first time in over a year since #Iraqprotests began. The main barricades have been removed. Security forces now control the bridge and Tahrir square, once the epicenter of the movement. pic.twitter.com/gJhKbYDDBX

The move sparked some emotional appeals on social media not to clear the square, while others at the site refused to speak to the media amid a heavy police deployment.

“What the excavators are taking away in Tahrir is not debris, but the history of a people written a year ago in October that is still being written,” said one person on social media.

Authorities on Saturday also reopened the nearby Jumhuriyah bridge, which leads towards the heavily fortified Green Zone housing government buildings and foreign embassies.

“The reopening of these places does not mean the revolt is over,” said Kamal Jabar, one of the figures of the movement, dubbed the October Revolution.

The bridge across the Tigris River witnessed fierce clashes between protesters and government forces last year as protesters tried to cross it. It has been sealed off to traffic since.

Earlier this month, thousands of people had rallied in Tahrir Square to mark the anniversary of the mass demonstrations – that swept the capital and several southern cities – against corruption by Iraq’s entrenched political parties and its sectarian system.

Despite reaching unprecedented numbers in late 2019 and successfully mounting pressure on elites, the anti-government protests have been largely dormant in the wake of the pandemic.

Activists also blamed the drop in numbers on a violent crackdown by Iraqi security forces and militia groups, as well as kidnappings and targeted killings.