UFC flyweight Liana Jojua has shown off the grizzly nose scars she still bears from her Fight Island stoppage defeat to Miranda Maverick last weekend. Jojua suffered a deep gash the top of her nose inflicted by Maverick’s elbow in […] 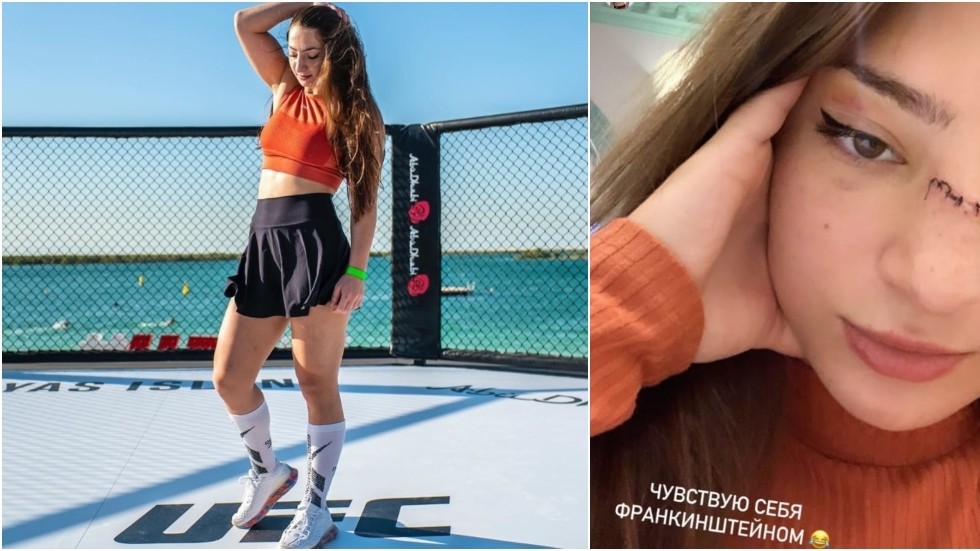 Jojua suffered a deep gash the top of her nose inflicted by Maverick’s elbow in the first round of their contest on the undercard in Abu Dhabi, and later required six stitches.

The Georgian posted a selfie of her recovery process on her Instagram Stories on Thursday, alongside the caption that she “feels like Frankenstein”.

Jojua, 25, will also serve a six-month medical suspension, although that could be reduced to two months with 45 days of no-contact training if she’s cleared by an ear, nose and throat doctor.

She told RT Sport that UFC president Dana White had spoken to her after the defeat and said she would fight again: “He didn’t forget about me and showed support. He said that it wasn’t the best stoppage and that he’ll give me another fight.”

As for Maverick, who was making her UFC debut, she is now 8-2 in MMA and enjoying a four-fight winning streak.

Also on rt.com ‘He’ll give me another fight’: Liana Jojua reveals UFC boss Dana White CONSOLED her as she CRIED after blood-soaked UFC 254 loss 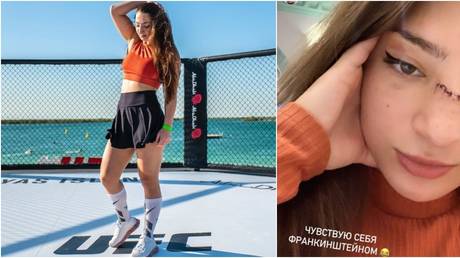