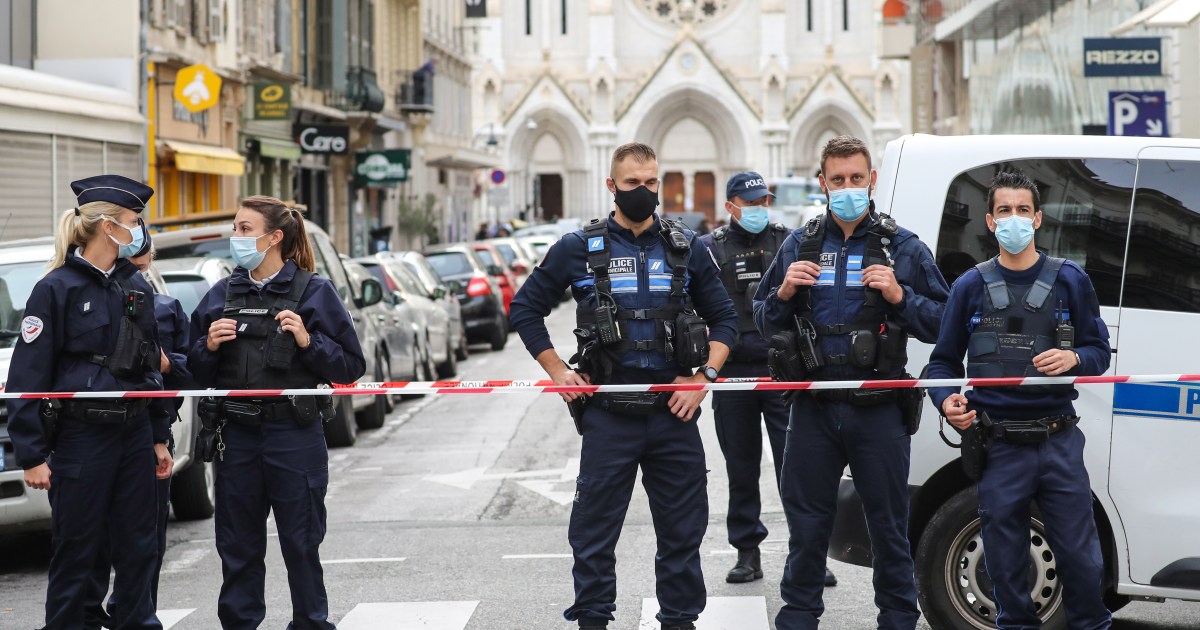 French police say they made two new arrests in the probe into an attack on a church that left three dead in the southern city of Nice.

French police have made two new arrests in the probe into an attack on a church in the southern city of Nice that left three dead, as authorities seek to understand the profile of the suspected killer.

Authorities are now holding a total of six people for questioning to understand if they were linked to Tunisian Brahim Issaoui, who prosecutors say carried out the knife rampage early Thursday in the Notre-Dame Basilica.

It so far remains unclear if he had outside help for the assault, which French President Emmanuel Macron has described as an “Islamist terrorist attack” and was the latest in a string of violent incidents in recent weeks in France.

The latest people detained are aged 25 and 63 and were arrested on Saturday at the residence of an individual detained earlier in the day, a judicial source told AFP news agency, asking not to be named.

Three others detained earlier over suspected links to Issaoui remain in custody.

Issaoui was shot by police multiple times and is currently in a serious condition in hospital. Investigators have been unable to question him and his precise motivations remain unclear.

“It is still too early to say if there were others complicit, what his motivations were in coming to France and when this idea took root in him,” another source close to the inquiry who asked not to be named said Saturday.

The source said information from two telephones belonging to Issaoui and an investigation being undertaken by the Tunisian authorities would be decisive in the probe.

He arrived at the mainland Italian port of Bari on October 9 before coming to Nice just two days before the attack.

France is on edge after the recent republishing of cartoons of the Prophet Muhammad by the Charlie Hebdo magazine, which was followed by an attack outside its former offices, the beheading of a teacher, and now the attack in Nice.

France was sent into further shock on Saturday when an attacker shot a Greek Orthodox priest at point-blank range, seriously wounding him, outside a church in the French city of Lyon before fleeing.

Macron’s comments last week stirred anger across the Muslim world, leading tens of thousands of people – from Pakistan to Bangladesh to the Palestinian territories – to join anti-France protests.

As a debate over Islam and freedom of expression deepened in recent weeks, many officials and protesters in Muslim-majority countries issued calls for a boycott of French-made products.

The Prophet Muhammad is deeply revered by Muslims and any kind of visual depiction is forbidden in Islam. The caricatures in question are seen by them as offensive and Islamophobic because they are perceived to link Islam with terrorism.