Former Green Party candidate Jill Stein has won a grueling four-year legal battle to inspect the software running Wisconsin’s voting machines and publish what her team finds – but too late to run the analysis before 2020’s vote. The Stein […] 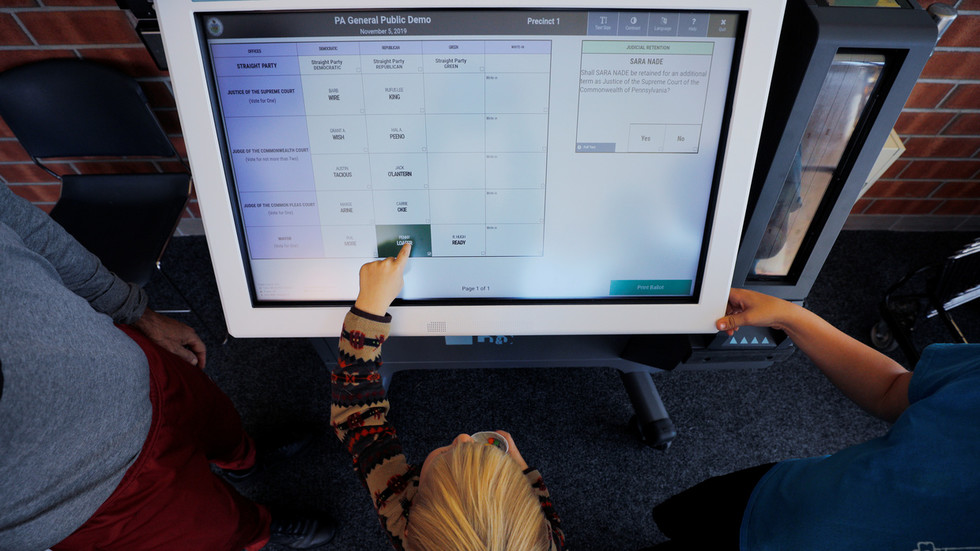 Former Green Party candidate Jill Stein has won a grueling four-year legal battle to inspect the software running Wisconsin’s voting machines and publish what her team finds – but too late to run the analysis before 2020’s vote.

The Stein 2016 Recount Campaign finally crushed an attempted gag order by machine mega-manufacturer Election Systems & Software, they announced on Friday, winning the right to inspect the source code of the machines used in Wisconsin and release her team’s conclusions about the accuracy and reliability of the software to the public.

BIG NEWS: the #Recount campaign has won our court fight in Wisconsin, overcoming the final obstacle to a groundbreaking examination of voting machine source code by defeating voting machine vendors’ attempts to gag us from telling the public what we find.https://t.co/GKjsxRYrPB

While the ruling represents a decisive defeat for ES&S – one of the largest makers of the devices in the US – it came too late to conduct any inspection before next week’s presidential election, Stein lamented.

It’s outrageous that voting machine vendors that profit from government contracts have been able to use those profits to buy political influence and prevent scrutiny of their machines through legal machinations.

The ex-candidate began her recount crusade following President Donald Trump’s November 2016 victory, demanding a recount in Wisconsin, Michigan, and Pennsylvania. Stein’s 2018 settlement with the state of Pennsylvania required it to replace paperless voting machines with alternatives that leave a paper trail by 2020, with an extra round of audits added by 2022. The suit against Wisconsin also caused the state to decertify one model of voting machine that was caught miscounting ballots during the partial recount her legal actions secured, and the recount itself revealed one in every 170 votes had been “miscounted.”

Stein had less luck in Michigan, where the recount was squelched before it was complete – though not before her revealing the state had placed dodgy machines in urban districts, leading to over 80 ballot scanner breakdowns on Election Day and snarling efforts to untangle the matter in arcane legal red tape.

Despite raising millions of dollars to have votes recounted with the stated purpose of helping “create fair elections,” Stein is loathed by many of the Democratic faithful, who blame her – along with failed Democratic presidential candidate Hillary Clinton’s rival Bernie Sanders, WikiLeaks co-founder Julian Assange, Russian President Vladimir Putin, and a hefty portion of the American electorate – for Clinton’s loss. The physician, who also ran for president on the Green ticket in 2012, opted not to run again in 2020, perhaps weary of being blamed for the failure of other candidates.

Also on rt.com Nancy Pelosi confident Biden will be president ‘whatever the end count is’ on Election Day

Voting machine manufacturers don’t help the generally low level of trust in their products by refusing to disclose who actually owns them, as several voting machine suppliers declined to do when asked by the North Carolina Board of Elections last year. ES&S briefly merged with competitor Diebold in 2009, creating a de facto monopoly before the federal government sued the megacorporation for antitrust violations, forcing it to spin off one company’s assets. Diebold in turn was notorious for alleged collusion with the Republican Party, returning results favorable to the GOP under dodgy circumstances in 2000, 2002 and 2004.

Most states’ voters in 2020 have the option of voting by mail if they prefer due to the coronavirus pandemic, though that method has been criticized and fraught with various problems. From “wrong” ballots, to mysteriously discarded votes, to dead people receiving ballots, it’s not much of a surprise that a recent poll found just 15 percent of Americans had faith in US democracy. 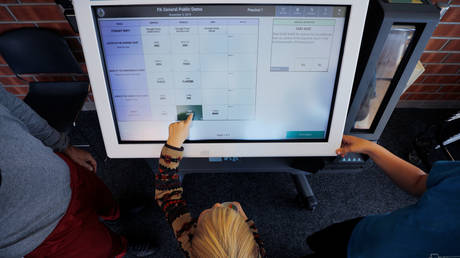