China’s largest natural gas supplier has predicted that demand will double over the next 15 years, giving hope to natural gas producers around the world that the industry will soon bounce back. The Chinese economy has been the single largest […]

China’s largest natural gas supplier has predicted that demand will double over the next 15 years, giving hope to natural gas producers around the world that the industry will soon bounce back.

The Chinese economy has been the single largest contributor to global growth over the past several decades. Fossil fuel producers around the world closely watch Beijing, as the goals set by the Chinese government are usually met. With that in mind, Several recent policies have strengthened expectations of an increase in natural gas consumption. PetroChina, China’s largest natural gas supplier, has predicted that demand will double over the next 15 years to 620 bcm despite the effects of the pandemic and the rising importance of renewables. Two aspects of this prediction are remarkable. First, the timing of the publication in the middle of the COVID-19 pandemic which has decimated global energy markets. Second, China’s recent announcement that it will become carbon neutral by 2060, which would suggest less, not more, fossil fuel consumption. However, several key characteristics of natural gas make it indispensable in a future where renewables dominate the energy mix.

The Chinese political system is highly centralized, meaning that the government frequently succeeds in meeting the goals it sets. Impressive economic growth, over the years, has caused significant environmental damage and pollution. Now, the Chinese population is becoming increasingly vocal in its demand for improved living conditions.

READ MORE:  SNL host pooh-poohed for ‘irresponsibly’ joking that not much will change in US under Biden 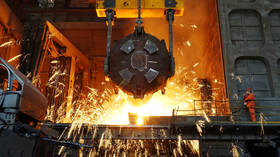 Furthermore, China’s natural gas sector has been shaken up by reforms concerning the energy infrastructure. Companies are forced to relinquish pipelines to newly created PipeChina. According to experts, this could stimulate exploration and production activities and therefore domestic production. Also, by having an independent pipeline operator, the threshold is lowered for smaller parties to enter the market.

Technical challenges of the energy transition

President Xi’s commitment to achieving carbon neutrality by 2060 was a breakthrough for the fight against climate change as China is the world’s largest emitter of greenhouse gasses. Therefore, PetroChina’s expectation that natural gas consumption will grow significantly, sounds counter-intuitive. However, when taking into account the limitations of renewables and the amount of CO2 emitted by fossil fuels, the prediction makes more sense.

First, natural gas is by far the cleanest fossil fuel. Especially for power generation, where gas competes with coal and the difference is obvious. The average weight of CO2 emitted for producing a million Btu (British thermal units) is 215 pounds for coal and ‘just’ 117 for natural gas.

China is by far the largest investor in renewables in the world. Investment is motivated not only by environmental concerns but also by economic considerations. China’s goal is to dominate the industries of the future such as renewables. Domestic installations have, therefore, skyrocketed. From a technical point of view, the intermittent nature of renewables requires an alternative to balance the grid when the sun is not shining and the wind not blowing.

China’s fossil fuel companies have not been able to match the country’s economic growth, meaning dependency on foreign producers has become a reality. Decades earlier, China was able to maintain relative self-sufficiency, but modest domestic reserves and cheaper imports have created a new reality. Energy security is a growing headache for the leadership in Beijing as the world’s oceans are still dominated by the US.

In the case of natural gas, several important pipelines have been built over the years connecting it with friendlier nations. Imports from Central Asia are facilitated through three major pipes that can transport 55 bcm annually, from Myanmar 12 bcm, and from Russia 38 bcm. Beijing and Moscow are currently also negotiating the Power of Siberia-2 pipeline, which would strengthen the countries’ economic and political relations even further.

LNG, the new game in town

Gas consumption in China has taken a hit due to COVID-19. Consumption grew ‘just’ 1.5 percent in the first six months of this year. However, growth during the summer has picked up again with a 3.9 percent expansion. With the winter insight, growth will most likely maintain momentum.

Chinese consumers, furthermore, can make use of favorable energy prices for shipped fuels such as LNG. While pipeline imports are slightly down for 2020, LNG is projected to grow by nearly seven percent. Although transportation costs of the former are higher compared to those of the latter, long-term contracts have proven unfavorable compared with the spot market conditions of liquefied gas.

Regardless of future price developments, Chinese companies will increase the use of natural gas in their energy portfolios. Therefore, expect China to remain the focus of energy companies due to its economic potential in a post-COVID world where decarbonization key.

This article was originally published on Oilprice.com 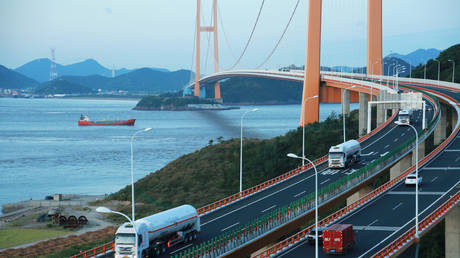