Canadian opposition party leader Erin O’Toole was appalled by Justin Trudeau’s tepid support for “free speech” in the face of Islamist attacks over Mohammed cartoons, saying the prime minister is undermining a pillar of democracy. “It is very disturbing when […] 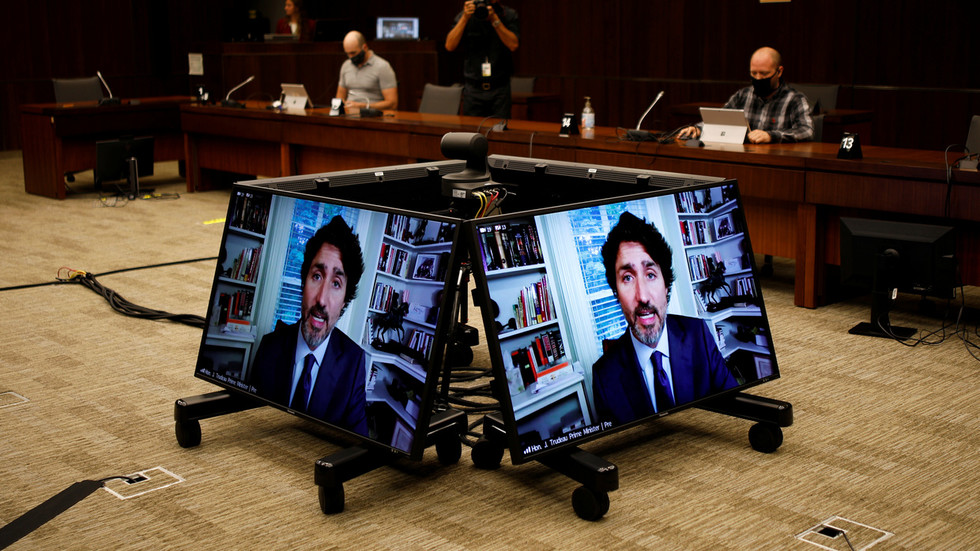 Canadian opposition party leader Erin O’Toole was appalled by Justin Trudeau’s tepid support for “free speech” in the face of Islamist attacks over Mohammed cartoons, saying the prime minister is undermining a pillar of democracy.

“It is very disturbing when the prime minister sends the signal that he is not protecting freedom of expression,” O’Toole said Saturday on Twitter.

It is one of the pillars of our democracy, and without it, we slide into ignorance.

O’Toole’s rebuke came one day after Trudeau responded to a question about the right to show a caricature of the Prophet Muhammed by saying: “We owe it to ourselves to act with respect for others and to seek not to arbitrarily or unnecessarily injure those with whom we are sharing a society and a planet.”

Trudeau made his comments amid a wave of terrorist attacks in France, which began earlier this month with the beheading of a schoolteacher who had shown his class cartoons of the Prophet Mohammed as part of a discussion of free speech. Those cartoons had been first published by Charlie Hebdo satirical magazine, triggering an outrage all over the Muslim world and a 2015 terrorist attack that killed 12 people at the satirical magazine’s office in Paris.

France’s president, Emmanuel Macron, last week responded to the schoolteacher murder by defending free-speech rights, leading to calls for a boycott of French products by Turkey and other Muslim countries.

Canada has strong ties to France. In fact, French is the mother tongue of 7.2 million Canadians, or 21 percent of the country’s population. Canada also is home to more than 1 million Muslims.

Trudeau called this month’s terror attacks “unjustifiable,” but appeared to distance himself from Macron. “In a pluralist, diverse and respectful society like ours, we owe it to ourselves to be aware of the impact of our words, of our actions on others, particularly these communities and populations who still experience a great deal of discrimination,” he said.

Also on rt.com Macron says he can ‘understand’ Muslim shock at Prophet Mohammed cartoons, but insists violence is unjustified

Trudeau’s comments were met with criticism  at home and abroad. Quebec journalist Benoît Dutrizac said Trudeau should be forced to resign after making statements that “place him on the side of the worst Islamists.” He added, “We already knew he had bad judgment, but now he’s gone way too far.”

Dear Justin,we don’t live in an ideal world,people mustn’t but everyday they are breaking signal,doing drugs,molesting others,hurting sentiments.If every petty crime’s punishment is beheading each other then why we need a Prime Minister or any law n order? https://t.co/U9ronFrvbZ

Toronto Sun columnist Brian Lilley said Trudeau failed to give a “full-throated” defense of the free-speech rights granted to all Canadians. “What Justin Trudeau did this week was say that he agrees with freedom of speech or freedom of expression as long as no one is hurt – or as long as you don’t offend people who may act out violently,” Lilley wrote.

Also on rt.com ‘We are in a war’: French interior minister says country must brace for more terrorist attacks fueled by ‘Islamist ideology’

The controversy raised eyebrows as far away as India, where Bollywood actress Kangana Ranaut blasted Trudeau for failing to defend free-speech rights. “If every petty crime’s punishment is beheading each other, then why (do) we need a prime minister or any law and order?” she tweeted.

Except when it applies to his own freedom of expression of course — nothing he says ever applies to himself. Following his logic, it would be okay for someone to take offence to his costume and have a possibly unwanted reaction. #shoepolishtrudeaupic.twitter.com/8Tg4lVFnNR 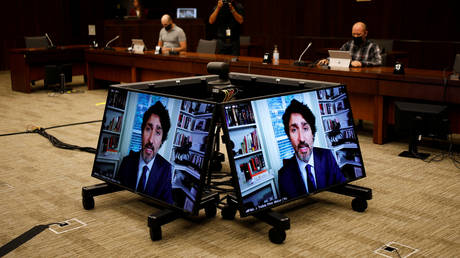