Russia has derided an accusation by a Spanish judge that Moscow offered military support for Catalonian independence during the 2017 political crisis, calling the willingness to believe the story “off the scale in its absurdity.” According to Barcelona-based judge Joaquín […] 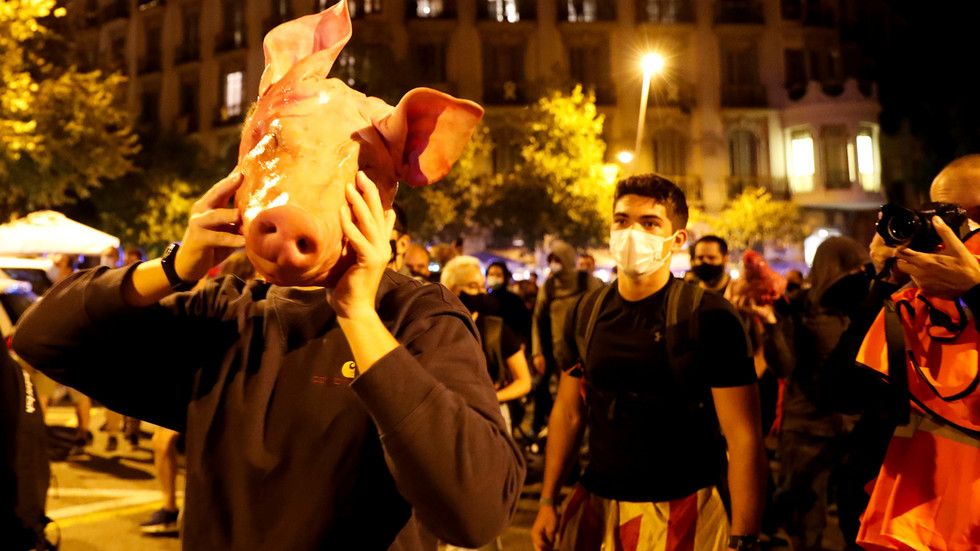 Russia has derided an accusation by a Spanish judge that Moscow offered military support for Catalonian independence during the 2017 political crisis, calling the willingness to believe the story “off the scale in its absurdity.”

According to Barcelona-based judge Joaquín Aguirre, during the peak of Catalan separatist tensions, a Russian group had offered thousands of men and 70 billion euro ($81bn) to Catalonia, which was ultimately declined.

“Had [Catalan leader Carles Puigdemont] accepted, the developments would have probably been tragic and would have unleashed an armed conflict with the state, with an unknown number of deaths,” Aguirre speculated, as quoted by American news outlet Politico.

Also on rt.com ‘We voted, we won’: Activists rally & clash with police in Barcelona on anniversary of 2017 Catalan independence vote (VIDEOS)

Speaking to the media on Thursday, Russian Ministry of Foreign Affairs spokesperson Maria Zakharova ridiculed the accusations. She explained that the claims had come from separatists, who made up the story to “draw the attention of the world community to their confrontation with the Spanish state.”

The suggestion of Russian soldiers coming to the aid of Catalonia was also mocked by the Russian Embassy in Madrid, which joked that the Spanish would need to “add two zeros” to the cited figure of 10,000.

This might just be peak Russia-derangement syndrome. And also speaks volumes about Spanish desperation over Catalonia.How would Russia transport 10,000 troops to Spain, across 0,000’s of km of NATO controlled land & sea?And why would Moscow want to do this?To kidnap Messi? https://t.co/3Ey77fYgpK

On Facebook, Russian political scientist Sergey Markov asked if the Spanish judge could be fired for “stupidity” and for “creating falsifications,” after he was implicated in the conspiracy, along with Russian Armed Forces chief of staff Valery Gerasimov and RT Editor-in-Chief Margarita Simonyan.

Markov admitted having met Catalan politician Victor Tarradellas, but claims he refused a deal in which Russia would recognize Catalonia in return for its recognition of Crimea.

The suggestion was also roundly lambasted on social media in both Spain and Russia, and, in Barcelona, Catalan separatists took to the streets singing the Russian folk song “Kalinka,” while mocking the judge’s accusations. 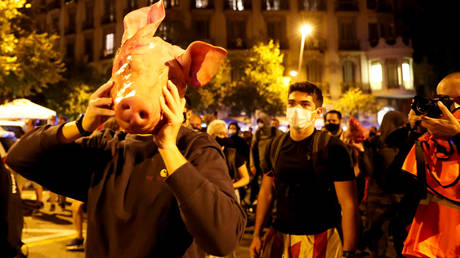