Shelling reported by both sides within hours of the latest agreement to defuse conflict over Nagorno-Karabakh. Armenia and Azerbaijan have again accused each other of bombing residential areas in defiance of a pact to avoid the deliberate targeting of civilians […] 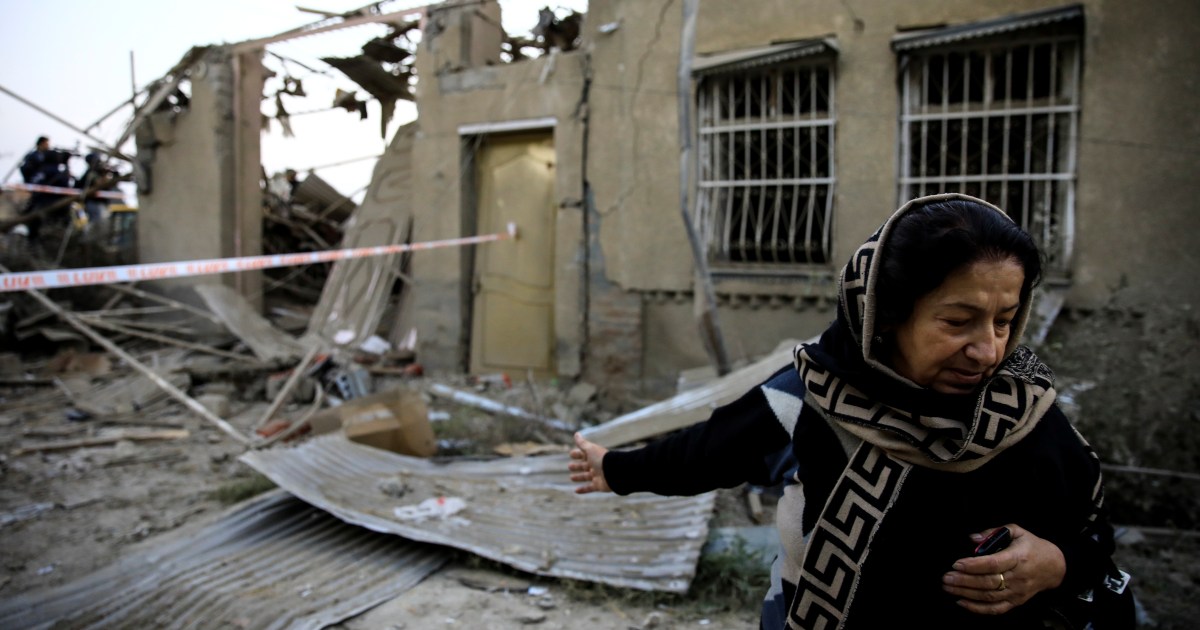 Shelling reported by both sides within hours of the latest agreement to defuse conflict over Nagorno-Karabakh.

Armenia and Azerbaijan have again accused each other of bombing residential areas in defiance of a pact to avoid the deliberate targeting of civilians in and around the mountain enclave of Nagorno-Karabakh.

Shelling was reported by both sides on Saturday within hours of the latest agreement to defuse the conflict, reached after talks in Geneva between the two countries’ foreign ministers and envoys from France, Russia and the United States.

The agreement with the co-chairs of the OSCE Minsk Group fell short of what would have been a fourth truce since the fighting began on September 27.

The death toll in the worst fighting in the South Caucasus for more than 25 years has surpassed 1,000.

Nagorno-Karabakh is internationally recognised as part of Azerbaijan but is populated and controlled by ethnic Armenians.

Azerbaijan rejects any solution that would leave Armenians in control of the enclave, which it considers to be illegally occupied. Armenia regards the territory as part of its historic homeland and says the population there needs its protection.

The Nagorno-Karabakh Emergency and Rescue Service said the central market in Stepanakert, the enclave’s largest city, had come under fire and that large parts of it had been burned.

Shushan Stepanyan, a spokeswoman for the Armenian defence ministry, also said several civilians had been wounded in attacks on the strategic city of Shushi, 15km (9 miles) south of Stepanakert.

Azerbaijan’s defence ministry denied both accusations, adding that the regions of Terter, Aghdam and Aghjabedi had come under artillery fire, as had Gubadli, a town between the enclave and the Iranian border that was taken by Azeri troops this week.

Speaking from Yerevan, Al Jazeera’s Rory Challands said videos released by Nagorno-Karabakh authorities and by Armenian ministry of foreign affairs showed starbursts over hills, which “we are told is white phosphorus being used by the Azerbaijani military”.

“Under international law, white phosphorous is prohibited in its use where there are civilians present and restricted against military personnel. The authorities in Armenia are saying this use is illegal,” he said.

Speaking from Baku, Al Jazeera’s Hoda Abdul-Hamid said that Azerbaijan “has dismissed these allegations as groundless”.

“The ministry of defence said in a tweet that the military does not possess any kind of weapons or munitions that are prohibited under international law,” she said.

The ministry said Armenia has been transporting white phosphorous into the area, added Abdul-Hamid.

More than 1,000 fighters from the Nagorno-Karabakh army have been killed. Azerbaijan has not disclosed its military casualties.

Russia has estimated as many as 5,000 deaths on both sides in the conflict.

Three truces have failed to halt the fighting, the most recent brokered in Washington, DC last Sunday by US Secretary of State Mike Pompeo.

The OSCE Minsk Group, formed to mediate the conflict, said Armenia and Azerbaijan had also agreed to exchange the bodies of fighters and to provide within a week lists of detained prisoners of war, with the aim of an eventual exchange.