Algerians are voting on a revised constitution the government hopes will finally neutralise a protest movement that, at its peak last year, swept longtime president Abdelaziz Bouteflika from power. Bouteflika’s successor Abdelmadjid Tebboune, currently hospitalised overseas, has pitched the text […] 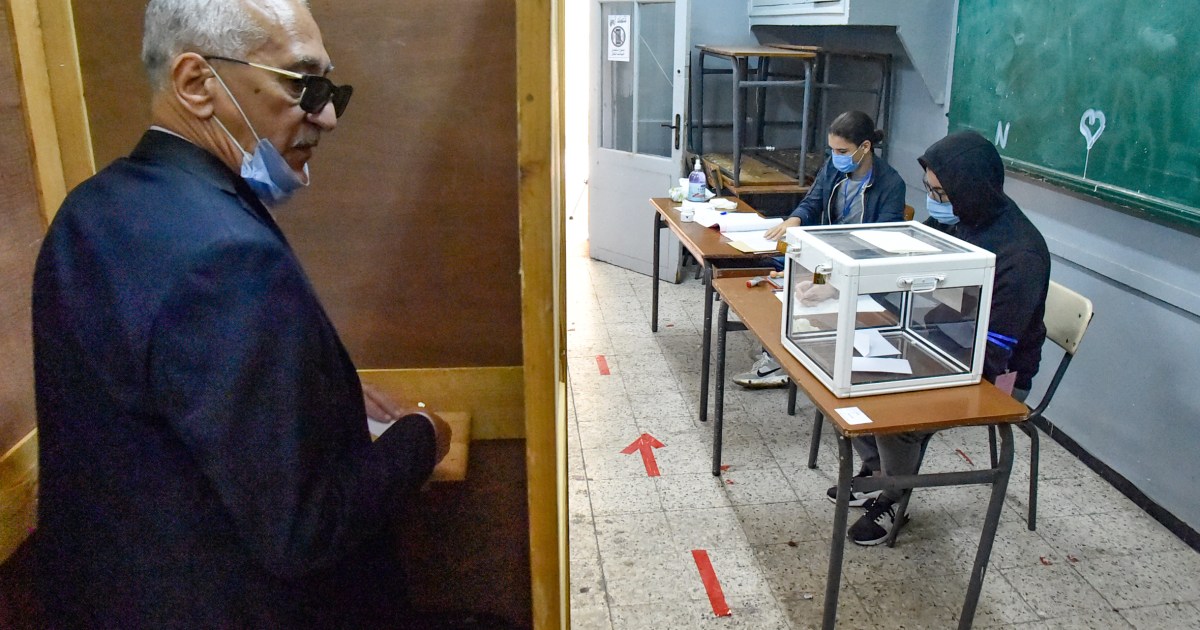 Algerians are voting on a revised constitution the government hopes will finally neutralise a protest movement that, at its peak last year, swept longtime president Abdelaziz Bouteflika from power.

Bouteflika’s successor Abdelmadjid Tebboune, currently hospitalised overseas, has pitched the text as meeting the demands of the Hirak, a movement that staged vast weekly demonstrations for more than a year until the coronavirus pandemic stopped rallies.

But despite a determined government media campaign for a resounding “Yes” vote to usher in a “new Algeria”, observers say the document offers little new.

“Nothing has changed. The ultra-presidential regime will stay,” said Massensen Cherbi, a constitutional expert at the Paris political science institute, Sciences Po.

Tebboune has placed Sunday’s referendum at the forefront of efforts to turn the page on the Hirak movement.

The proposed changes, however, also give the head of state the power to appoint the governor of the central bank, the chief justice of the constitutional court, and four of its 12 members.

Symbolically, the vote is being held on the 66th anniversary of Algeria’s war of independence from France.

In an apparent attempt to stir patriotic feelings, the draft document was publicised under an official emblem reading: “November 1954 Liberation; November 2020 Change.”

And after a campaign that saw the “Yes” camp dominate state-backed media coverage and supporters of a “No” vote banned from holding meetings, few observers doubt the text will pass.

The key question is how many people vote.

Tebboune said on Saturday that Algerians will once again “have a rendezvous with history” to bring in a “new era capable of fulfilling the hopes of the nation and the aspirations of our people for a strong, modern and democratic state”.

The Hirak movement led calls for a boycott of that vote and even official data put the turnout at less than 40 percent.

The 74-year-old president has been hospitalised in Germany amid reports of COVID-19 cases among his staff, and few details have been released on his condition.

Experts say the referendum is partly a bid for a more convincing validation at the ballot box.

Rather than attacking the youth-led Hirak, Tebboune has ostensibly reached out to it, describing the movement as a “blessed, authentic popular movement” and arguing that the revised constitution meets its demands.

But despite his conciliatory language, many observers are sceptical, especially given how the document was written.

“The drafting and consultation process was highly controlled by the state,” said Zaid al-Ali, an expert on constitutions in the Arab world. “It’s hard to argue that the Hirak’s demands for a fully inclusive debate on the state’s constitution was respected.”

While the new text lists purported guarantees of social and economic rights, al-Ali said these promises are hollow.

“The constitution’s social and economic rights are not directly enforceable, which means that they are only aspirational,” he said.

The Hirak, for its part, has rejected the document “in substance and form”, calling it a “change of facade” and urging voters to boycott the poll.

Algeria, with a population of 44 million and vast oil reserves, has been battered by low crude prices and the coronavirus pandemic, further hurting a young population already suffering from spiralling unemployment.

While many have expressed apathy over Sunday’s vote, government spokesman and Minister of Communications Ammar Belhimer predicted people will “flock” to the polls “to lay a new stone in the process of nation-building and check the manoeuvres of Algeria’s enemies”.

That rhetoric has been accompanied by a campaign of arrests against pro-Hirak activists, bloggers and journalists, with about 90 currently behind bars, according to CNLD, a prisoners’ support group.

Prominent Algerian journalist Akram Belkaid said the government wanted to prevent Hirak activists “from relaunching the movement in the street once the health situation improves”.

“The repression currently under way also aims to prevent a large-scale boycott of the referendum,” he wrote in a blog post. “That would undermine the credibility of its incantations about ‘a new Algeria’.”

About 24 million Algerians are eligible to cast ballots at more than 60,000 polling stations that close at 7pm (18:00 GMT). Official results of the vote are expected on Monday.