The entire globe can be provided with affordable high-speed Internet from satellites in space. These newly developed mini-satellites in a low-earth orbit as well as powerful antennas and signal processing chips make this possible. The digital revolution has radically changed […]

The entire globe can be provided with affordable high-speed Internet from satellites in space. These newly developed mini-satellites in a low-earth orbit as well as powerful antennas and signal processing chips make this possible. The digital revolution has radically changed the way we live and work. But more than three billion people are still offline. As with any infrastructure, fast data connections initially reach urban centers. People who live in rural areas, even in rich industrialized countries, often have to get by without reduced bandwidth. Now several consortia are competing to bridge this gap with the help of hundreds of mini-satellites in low orbit. The idea is not entirely new: 25 years ago, others already failed because of their over-ambitious plans and technical limitations. It is only now that high numbers of satellites can be produced quickly and cheaply through automation and mass production. In February 2019, the OneWeb consortium launched the first six 150-kilogram satellites into a low-earth orbit. On their way to their final orbit at an altitude of 1,200 kilometers., the satellites must pass through a dense array of GPS and Earth observation satellites as well as the space debris of the past 60 years. Collisions are not exceptional. And hundreds more mini-satellites in space will mean even more space debris in the future. Dozens of ground stations are needed around the globe to supply the numerous satellites with Internet data and receive data from space. This requires sophisticated antenna technology, which is also as yet available on the necessary scale. Not to mention the difficult regulatory challenges facing Internet providers in over 200 states and territories. ——————————————————————- DW Documentary gives you knowledge beyond the headlines. Watch high-class documentaries from German broadcasters and international production companies. Meet intriguing people, travel to distant lands, get a look behind the complexities of daily life and build a deeper understanding of current affairs and global events. Subscribe and explore the world around you with DW Documentary. Subscribe to: DW Documentary: https://www.youtube.com/channel/UCW39zufHfsuGgpLviKh297Q?sub_confirmation=1#
DW Documental (Spanish): https://www.youtube.com/dwdocumental
DW Documentary وثائقية دي دبليو: (Arabic): https://www.youtube.com/dwdocarabia For more visit:
http://www.dw.com/en/tv/docfilm/s-3610
Instagram:
https://www.instagram.com/dwdocumentary/
Facebook:
https://www.facebook.com/dw.stories DW netiquette policy: https://p.dw.com/p/MF1G 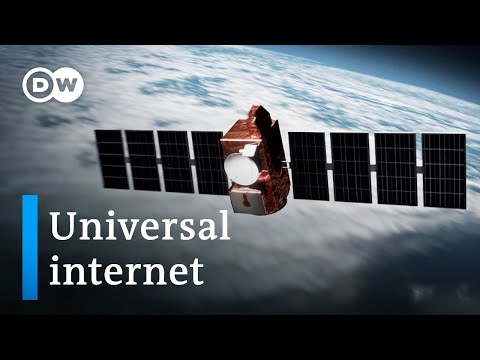