Khabib Nurmagomedov’s coach Javier Mendez has revealed that he had no clue that his charge was going to announce his retirement at the end of his UFC 254 fight with Justin Gaethje in Abu Dhabi. Speaking to Australian outlet Submission […]

Khabib Nurmagomedov’s coach Javier Mendez has revealed that he had no clue that his charge was going to announce his retirement at the end of his UFC 254 fight with Justin Gaethje in Abu Dhabi.

Speaking to Australian outlet Submission Radio in the aftermath of UFC 254, Mendez said that he was as stunned as the rest of the MMA world when Khabib announced in the octagon that his fight against Gaethje would be his last.

“I learnt about it when he was giving the speech,” he said.

“My jaw dropped. I was like, ‘What?!’ I mean, he played the best poker face on the planet.

“All of this was a total shock to me. I was going, ‘Oh man, father’s plan, great’ but mother’s plan works in the end. As his mother’s wish was for him not fight without his father, and that’s what he did. And, you know, respect.”

Mendez said he understands the decision for Khabib to walk away, despite him still being the most dominant force in the sport.

“This sport is not a longevity sport, it’s come in, come out, and he’s coming out at the time that he feels is the right time for himself and his family,” he said.

“Obviously me, myself, I would have liked him to go 30-0 like his father wished, but he loves his mother so much and his family, that he decided that no, it’s time.

“And financially he’s set. So, he’s not a greedy man. And you guys know as well as I know, that if he hung out one more fight, it would have been a monster payday. But obviously family means more to him than money in everything he does.”

The moment when Khabib announced his retirement was an emotional one not just for Khabib, but for those around him, too. When the Russian champion had finished his announcement, Mendez said he just wanted his student to let his emotion out after weeks of keeping things in.

READ MORE:  'If I give my word, I have to follow this': Emotional Khabib explains he promised his MOTHER he would retire after UFC 254 (VIDEO)

“Look at all the tears in the end. He was crying a lot,” he said

“Really, that was a lot of emotion, a lot of sorrow. And I just went up to him and said, ‘I love you, and cry. Go ahead, let it all out.’

“That just goes to explain how powerful the mind is and how powerful his mind was. And I always knew that as long as this man had the faith in himself, in his family, in his religion, that he could never be broken.” 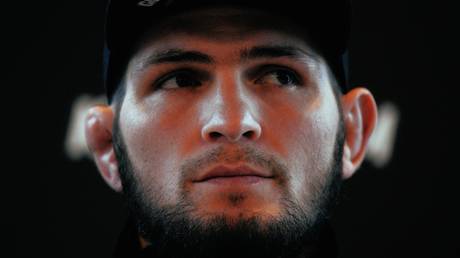