Khabib Nurmagomedov’s second round submission win against Justin Gaethje earned the Russian UFC champion a career-high purse of $6 million – but his final payout will likely be far higher for the last fight of his career. Per estimates online, […]

Khabib Nurmagomedov’s second round submission win against Justin Gaethje earned the Russian UFC champion a career-high purse of $6 million – but his final payout will likely be far higher for the last fight of his career.

Per estimates online, Khabib will take home disclosed pay of $6 million in addition to post-fight bonuses of $90,000 after his 13th successive win in the UFC and 29th overall career victory.

Should these estimates be accurate, it matches the tally he received for his UFC 242 win against Dustin Poirier last year.

However, Nurmagomedov will almost certainly receive more this time around due to the pay-per-view points in his contract after UFC president Dana White confirmed to the media during fight week the UFC 254 was trending towards becoming one of the UFC’s most profitable box office events in their history.

The $6 million purse awarded to Nurmagomedov for his two most recent wins eclipses the career-high payouts of $3 million given to Conor McGregor for his UFC 229 loss to Nurmagomedov (who earned $2 million for that fight). McGregor also received a similar sum for his January win against Donald ‘Cowboy’ Cerrone earlier this year.

Despite earning more in his last two fights than McGregor, the Irishman likely remains the sport’s biggest pay-per-view commodity as he added further millions to his fee due to additional payments from his highly-lucrative list of sponsors.

Justin Gaethje, meanwhile, is thought to have earned a little over $400,000 for his efforts in Abu Dhabi.

Nurmagomedov’s retirement rules out a potentially significant payday for what would have been his 30th career fight.

He had been linked in the media with a “legacy fight” with former UFC champion Georges St-Pierre is a contest which would have likely been a box office bonanza for all involved, while a rematch with Conor McGregor would have also earned Nurmagomedov another career-high payout.

Of course, despite his mixed martial arts career being over Nurmagomedov still has several further avenues in which to increase his wealth. His brand is as strong as any fighter in global combat sports and it remains to be seen if he would consider an exhibition boxing match with Floyd Mayweather in his future as has been mooted in the press several times in the past couple of years.

But, as ever with Nurmagomedov, the allure of money was never his prime motivation inside the cage and with his legacy now solidly enshrined in MMA history, he can be confident that not only is his own future secured but so too is the future of his family – a point which will no doubt satisfy the famously loyal champion.

READ MORE:  MMQB: Get to Know Nick Sirianni … and His Ways of Getting to Know the Eagles 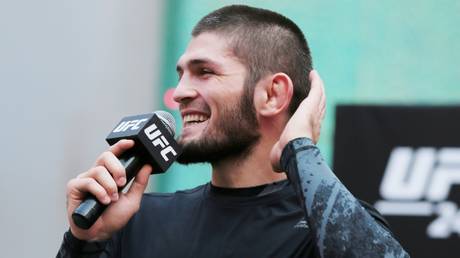