Spadafora, who previously criticized the football icon for leaving the Juventus protective bubble to play internationally for Portugal, lashed out at the player again, repeatedly stating that he violated strict restrictions after coming back to Italy despite knowing his positive Covid-19 status.

“On the way out, Ronaldo did not respect the protocol,” Spadafora said. “There’s an investigation to prove it.”

READ MORE:  'I am APPALLED': Furious Pogba promises LAWSUIT over report that Macron 'Islamist terrorism' remarks had made him QUIT France duty

The 35-year-old striker denied allegations of violating Covid-19 protocol, saying he observed all necessary measures while flying back to Italy.

“I’m respecting the protocol, I did not break it, as has been said; It’s a lie,” said Ronaldo.

“I returned from Portugal because my team and I made sure to comply with all the procedures. I returned to Italy by air ambulance and I have had no contact with anyone, even in Turin.”

Spadafora said that rules were also broken when Cristiano Ronaldo and six more Juventus players left their obligatory Covid-19 quarantine, after two positive cases were detected in the team.

He tested positive while playing for Portugal and was subsequently dismissed from the team’s training camp after he had played against Spain and France.

The former Real Madrid star flew back to Turin on a private jet to complete his quarantine period in Italy. He was taken by an ambulance upon arrival to sit out the isolation at his home. 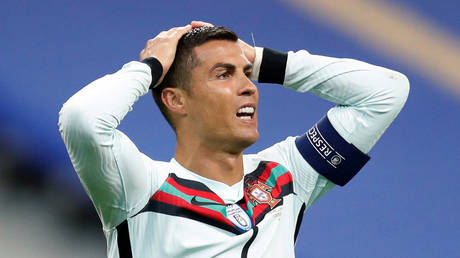