Germany’s energy transition is in trouble. The country needs wind power if it is going to meet its climate goals, and successfully transition from nuclear and coal power to renewable energy. But the construction of wind turbines has been stalling. […]

Germany’s energy transition is in trouble. The country needs wind power if it is going to meet its climate goals, and successfully transition from nuclear and coal power to renewable energy. But the construction of wind turbines has been stalling. The sharp decline in the build rate of new wind turbines has raised alarm among political leaders, climate campaigners, and industry leaders. Without the inexpensive power source, the entire wind power sector is in jeopardy, and the German government has little chance of reaching its renewable energy targets. Journalist Jörg Moll set out to find out what needs to happen for Germany to still be able to meet its climate targets in a cost-effective manner, and what role wind power needs to play. He met with nature conservationists and climate change deniers, who have formed an unlikely alliance as they stand shoulder to shoulder in their fight against wind farms. "Whether it’s nuclear or wind power – nobody wants this in front of their house,” one wind power opponent told Moll. Renewable energy research institutes, such as the Fraunhofer IWES, say that lack of political support is responsible for the collapse in construction of new wind turbines. Meanwhile, the wind power sector is facing a crisis. "Political leaders theoretically want to expand renewable energy, including wind power. But in reality they are doing everything to stop that happening, because they are afraid of angry citizens, and anxious about every vote,” said Johannes Lackmann, a wind farm manager. Surveys indicate that 80 percent of Germans support wind power. Is the government nonetheless buckling because of angry wind power opponents? ——————————————————————- DW Documentary gives you knowledge beyond the headlines. Watch high-class documentaries from German broadcasters and international production companies. Meet intriguing people, travel to distant lands, get a look behind the complexities of daily life and build a deeper understanding of current affairs and global events. Subscribe and explore the world around you with DW Documentary. Subscribe to: DW Documentary: https://www.youtube.com/channel/UCW39zufHfsuGgpLviKh297Q?sub_confirmation=1#
DW Documental (Spanish): https://www.youtube.com/dwdocumental
DW Documentary وثائقية دي دبليو: (Arabic): https://www.youtube.com/dwdocarabia For more visit:
http://www.dw.com/en/tv/docfilm/s-3610
Instagram:
https://www.instagram.com/dwdocumentary/
Facebook:
https://www.facebook.com/dw.stories DW netiquette policy: https://p.dw.com/p/MF1G 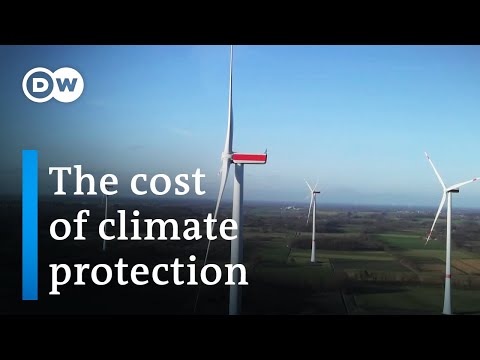