As the US presidential election race approaches its final lap, the Republican and Democrat campaigns are working harder than in any previous election to secure the votes of Indian-Americans. Last week, the campaign of President Donald Trump released an almost […]

As the US presidential election race approaches its final lap, the Republican and Democrat campaigns are working harder than in any previous election to secure the votes of Indian-Americans. Last week, the campaign of President Donald Trump released an almost two-minute ad in a tweet from top advisor Kimberly Guilfoyle, who said: "America enjoys a great relationship with India and our campaign enjoys great support from Indian-Americans." The ad featured footage of Trump and Indian Prime Minister Narendra Modi hugging and speaking in glowing terms about each other at events in Houston, Texas and New Delhi. At the Republican National Convention Nikki Haley, one of the highest profile Indian Americans in the Trump team, directly addressed the community and spoke about the immigrant experience of her own family. Though Indian-Americans traditionally vote for Democrat candidates, the campaign of Democratic challenger Joe Biden is not taking that for granted. They are underlining that vice presidential candidate Kamala Harris has an Indian mother and is the first Indian American candidate for either president or vice president. Biden addressed Indian American donors on Indian Independence Day. And during this month's Hindu festival of Ganesh Chaturthi, Biden and Harris appeared together to mark the occasion. There are complex issues at play for Indian American voters who, 1.6 million strong, are the second largest immigrant group in the US. More than half of that number are Hindu and some analysts say the stirrings of Hindu nationalism under Modi could push voters towards his friend Trump. In the Democrats favour, Trump’s anti-Muslim rhetoric and tough stance on the highly skilled visa programme, from which Indians have been among the biggest beneficiaries, may work against him. In this episode of The Stream we ask, will Joe Biden hold onto Indian American voters or can Trump attract significant numbers of this important voter base to his side? Join the conversation: TWITTER: https://twitter.com/AJStream FACEBOOK: http://www.facebook.com/AJStream Subscribe to our channel http://bit.ly/AJSubscribe #US2020
#USelection
#aljazeeraenglish
#ajstream 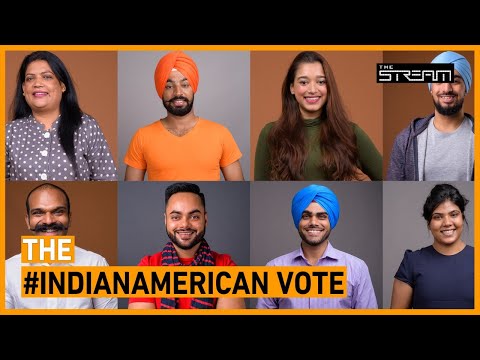